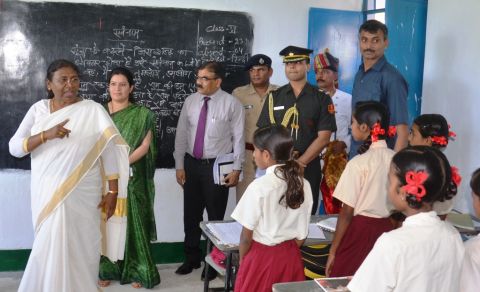 She also inspected the school premise,classes,lab and its hostels.Addressing a meeting attended by its teachers and students,she opined that to move forward in the path of development,morality and character development are necessary in any body’s life.

During her visit to Garhwa,Governor Murmu also visited Sadar hospital,schools and Donda which was recently declared as ‘Open Defecation Free'(ODF) village in Garhwa district.