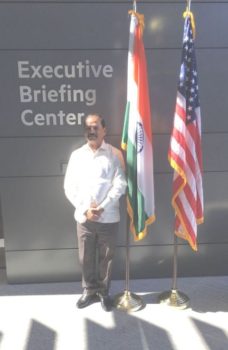 After participating in the Mining Expo-2016 and visiting the state Mines Department’s stall at Las Vegas in the US,Team Jharkhand led by Chief Minister Raghubar Das on September 30,landed at San Francisco

“We have come to the US to invite and gain investmernts in Jharkhand”,Das is quotad having said at Palo Alto based office of the HP.The Team India backed by the CM’s Secretary in charge of the state mines and Information Technology Department Sunil Kumar Barnwal,who is learnt to be guiding the CM raghubar Das,had displayed a plan to invite HP to set up a plant in Jharkhand.