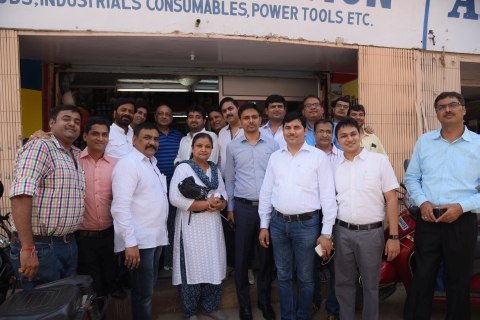 Federation of Jharkhand Chamber of Commerce and Industry(FJCCI)’s annual election has picked up momentum with a section of candidates out to mobilise votes.

This section was identified as Vinay Team.Its members on Monday moved from door to door from Lalji Hirji road to SN Ganguli road in Ranchi and interacted with FJCCI members,talked to them and appealed to them to cast votes in their favour.