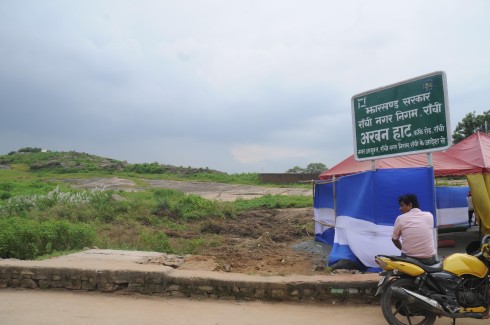 Like Delhi Haat in New Delhi, Ranchi is set to get a new market-Urban Haat

The project of Urban Haat, a concept of the Union Textiles and Handicraft Ministry, which was pending for years,took off on Monday when Cheif Minister Raghubar Das inaugurated it in presence of many Ranchi Municipal Corporation representatives and Urban Development Minister CP Singh.

Urban Haat will be built on a natural site-top of the hill where Rock Garden and water tanks exist on the bank of Kanke Dam in Ranchi.The move was meant to encourage rural artisans and Self Helf Groups (SHG).

With over 50 stalls, production hall, food courts, guest House, Design Centre and Cafeteria, the Haat is to be built over an area of about 3 acres of land, selected by the district administration and Ranchi Municipal Corporation,said a senior RMC officer.