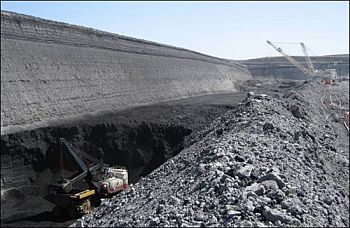 Of total 15 functioning Coal Washeries of the PSU-Coal India Ltd-in India,12 washeies are located in Jharkhand.

This fact came to light with Union Minister of State for Coal Piush Goyal replying to a question raised by the Rajya Sabha MP Parimal Nathwani in the Rajya Sabha on August 8,2016.

As of now,15 Coal Washeries owned by subsidiaries of Public Sector Undertaking-Coal India Ltd-are functioning with total capacity of 36.80 Million Tonnes per year.

Another fact brought into light by Goyal was that that in addition to Coal Washeries of the CIL,private owned 19 Coal Washeries were also functional in India.