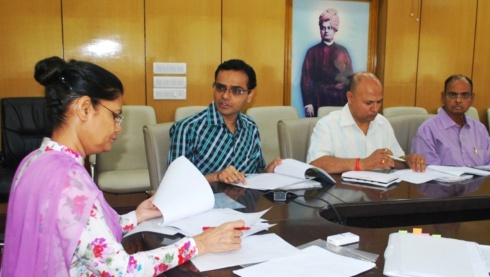 In a review meeting with the state Rural Development Department on Sunday,Jharkhand Chief Secretary Raj Bala Verma directed Deputy Development Commissioners of all districts in the state to complete the data entry work connected with works of MNREGA,Indira Awas Yojna and Pradhan Mantri Awas Yojna(PMAY).

“Pay the third instalment and get the PMAY construction work completed from workers who were already paid the first and second instalments”,the CS directed the DDCs through video conference.

During the video conference,it was recorded that as many as 3.24 lakh MNREAGA workers were connected with Aadhaar account seeding.

The CS directed that the ‘row schemes’ of MNREGA must be stopped.

The meeting was attended among others by Principal Secretary NN Sinha.