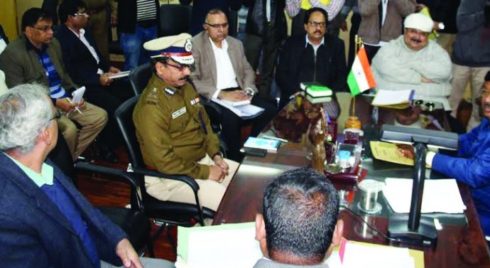 Jharkhand Assembly’s monsoon session on Friday witnessed a battle of words.On the one hand were members of the ruling BJP and All Jharkhand Students Union Legislatures and on the other were Opposition comprising JMM,Congress and Jharkhand Vikas Morcha and other MLAs.The issue was based on a derogatory word-‘Nalayak'(unworthy)-used by leader of the Opposition and JMM Acting President Hemant Soren against the BJP government led by Chief Minister Raghubar Das.”Eh ‘Nalayak Sarkar”(It is unworthy government},commented Soren on floor of the Assembly.In response,the ruling BJP MLAs got up and objected,asking Soren to seek appology.Since the JMM leader did not do so,the ruling MLAs led by Urban Development Minister CP Singh said he had not seen “Itni Nalayak Vipaksh(Not seen such an unworthy Opposition).As a result,the proceedings in the House remained paralysed and the session was kept suspended till noon on July 29,2016.