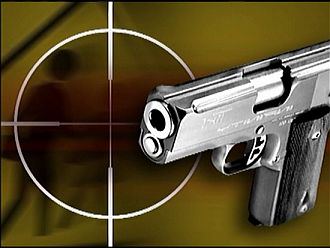 Maniram Bagde,Headmaster of the state government run High school at Shahpur under Naudiha block in Palamau district,who was kidnapped on Friday evening,remains traceless.

Bagde was inside his house last evening when a group of criminals took him into custody at a gun point and fled.”They were ten in number”,said Santosh Bagde,a relative of the Headmaster.

The police was clueless about Bagde’s whereabout.

The crime against teacher was learnt to be rooted in the state Human Resource Department’s decision to get the school buildings built by teachers.Since the construction involved expenditure of the funds,a part of it was siphponed off.

This had made many teachers become contractors prompting the criminals to extort money from them.Most of them coughed up and secured their patronage.But those who did not satisfy them became their target,say the police.