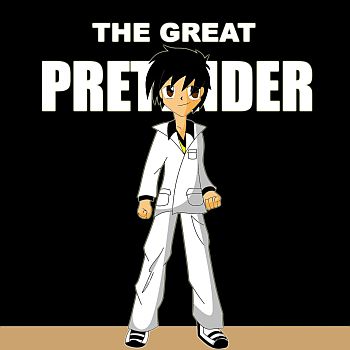 It was “Master Tommy’s” habit to lecture, to threaten and to order his 100-odd sycophant followers. He wants them to be his disciplined foot soldiers, giving up their freedom of speech.

Fortunately or unfortunately, William bumped into Tommy at the breakfast table in the City of Mount and thought like a Somerset Maugham’s character in the A String of Beads, “What a bad bit of luck I was placed to next to a moron leader.”

“Hey! You William, how long will you stay in my City of Mount?” Tommy’s hoarse voice reverberated the room with all his “goats and sheep” becoming alert to hear what their ‘Master’ was referring to.

“It is you who could help me shift to the City of Plains,” William replied as the sycophants broke up in laughter just to please their ‘Master’ how much they adore and love him.

William was all attention on his bread as Tommy pretended to be holding his Sceptre to protect his 100-odd live stock.

“But we don’t have a suitable person to replace you from the City of Mount,” Tommy, who gave William a boastful look before focusing on his bread, said with the confidence of Alexander the Great.

William paid little attention to what Tommy said, but suggested a formula, which was mercilessly struck down as Tommy said, “My City of Mount will crumble down if your rubble-like formula is executed.”

William, who thought it was too ridiculous to take Tommy’s words as a complement, came out from the room and immediately confronted with another creature, who appeared more of a reptile species than a human.

“Who asked you to suggest a formula? You should have spoken for yourself if you really wanted to get out of the great City of Mount. And also who asked you to act smart before our Master, the Almighty of ‘We the poor (read sycophants) workers’?” asked the “spineless” creature.

Predictably Tommy pounced upon William at the first available opportunity, attacking him bitterly in front of his awestruck “stupid sheep”.

William just sat down for five minutes and thought it was time to bid farewell to the mighty “Almighty” and leave the city.

When William went to bid farewell the Master responded his greeting with a raised shoulder and William left murmuring “why the God gives birth to such trash-heads.”

A woman, who was passing by, heard William’s muttering and retorted, “No! it isn’t the God who gives birth, but women give birth to such wretches, who grow up to fuck all and sundry.”

After hearing to the woman’s lecherous observation on men, William did not have much to regret because she summed up man’s character in only 22 devastating words, which brought down the heavy weight off his chest.