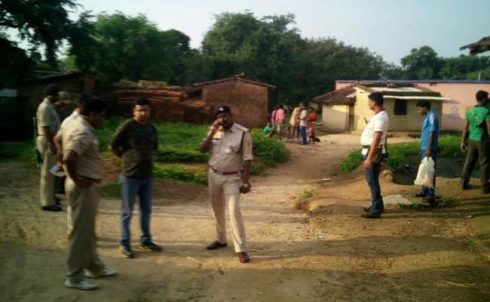 For the first time,the Jharkhand police have launched a pro people programme to contain crime.

The programme is based on the concept of people-police connectivity.This was sought to be achieved by the police by joining hands with the residents and going door to door to deliver security service to them.

Toward this end,the police had deployed a special force-“Beat Officers’whose job was to work at the Mohalla/Colony level,interact with the people and serve them as security providers.

Billed as -Police Aap Ke Dwar,the ambitious programme was launched by the DGP D.K.Pandeyat Aryabhatta auditorium in Ranchi on Sunday.To begin with the Police Aap Ke Dwar programme ts slated to begin as a pilot project in the state capital-Ranchi.

“We are ready to provide security service to every citizen,especially omen and senior citizens”,said the DGP PandeyIt is under his guidance and directives,the history of policing in Jharkhand has recorded a sharp down fall l in Left Wing Terrorism cases.during the past two years.

In fact,Police Police Aap Ke Dwar programme was led by the DGP Pandey and executed by him.It is being implemented in 20 Mohallas in Ranchi.

The colourful programme was marked by launch of a video film-Police Mitra,produced,directed and edited by www.jharkhandstatenews.com Editor Manoj Prasad in league with Puja Singh.Also, awards were given to ten constables for their meritorius service.

The programme was jointly organised by the Jharkhand Police and www.jharkhandstatenews.com,Shivpuri Vikas Samiti and Help Grow Wings,non profit making company.