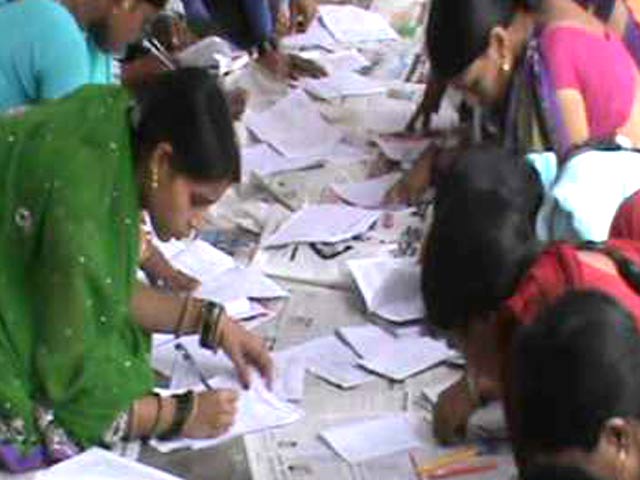 Investigations revealed that some officials had colluded with parents to let their wards use unfair means in examinations.This became apparent after  seven youngsters were found writing their exams in an under-construction house away from their exam centre in Ranchi on Friday.

A raiding team of education department and other officials, along with the police, had scaled a wall to gain access to these seven students.”The youngsters` parents too were found present in the under-construction building”,said a report.The team not only seized the question paper, answer sheets, mobile phones, and syllabus books, but also recovered eatables and soft drinks from the spot, located near the actual exam centre at the Adivasi Bal Vikas Vidyalaya at Ratu.

“I was  not aware as to how the question papers and answer sheets were sent outside the exam centre”,said the school head.In fact,as many as 175 students were allegedly caught cheating in matriculation exams, with another 163 students in intermediate class exams.

While the Jharkhand government is claiming to provide quality education to students in state-run schools and colleges, the number of students caught cheating in exams tells another story as many cases of cases of use of unfair means in Matric examinations have been reported from Chhatarpur sub-division of Palamu district.