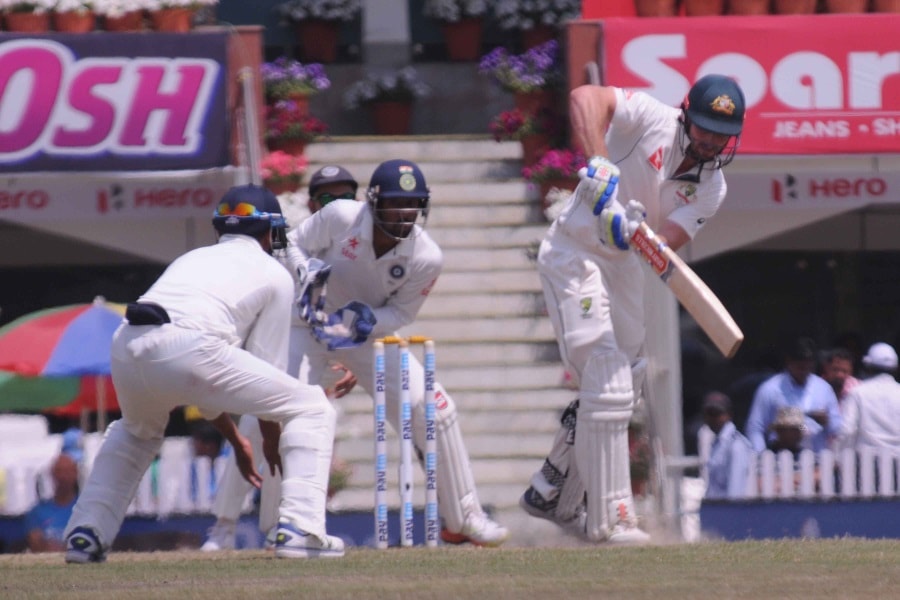 In Ranchi,the middle order duo of Shaun Marsh and Peter Handscomb helped Australia end the third test match with a draw against India at the Jharkhand State Cricket Association (JSCA) Stadium on Monday.In fact,Handscomb (72 not out) and Marsh (53) forged a brilliant 124-run fifth-wicket stand as Australia ended at 204/6 and denied India team any chance of gaining a 2-1 lead in the series.

However,India's left-arm spinner Ravindra Jadeja was top bowler with figures of 4/54 while off-spinner Ravichandran Ashwin and pacer Ishant Sharma picked a wicket each.