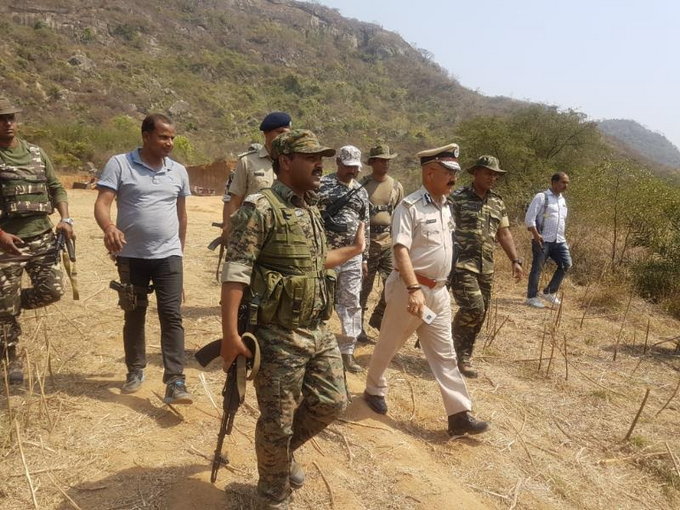 "Don't be afraid of them(Maoists).Next time when I will come,I will bring plate and food and have tea together",promised Jharkhand DGP DK Pandey while talking to villagers at isolated Pithora village under Pipra Block in Palamau.

On Thursday,Maoists had set ablaze 13 trucks and high powered vehicles at Pithora.In fact,these vehicles were involved in construction of a road there as the contractor had declined to pay 'levy'(extortion money) demanded by the Maoists.

Pandey,who is the first DGP of Jharkhand who had landed there and inspected the site.He also interacted and talked to villagers after landing there by a chopper together with Palamau SP Indrajeet Mahata.

"After their three comrades were killed in encounter,Maoists were trying to stop the process of development works.They want to create a milieu of terror.But their plan will not succeed",said the DGP.

He made it clear that 'strong action will be taken against Maoists.All development works will be carried forward under the security provided by the police.Toward this end,contractors can take the police's support",said the DGP DK Pandey while seating on the ground.

More,the DGP opined that education was necessary to join the police service."You can join the police and even became a jawan of the Army to boost the image of the village society",said the DGP.