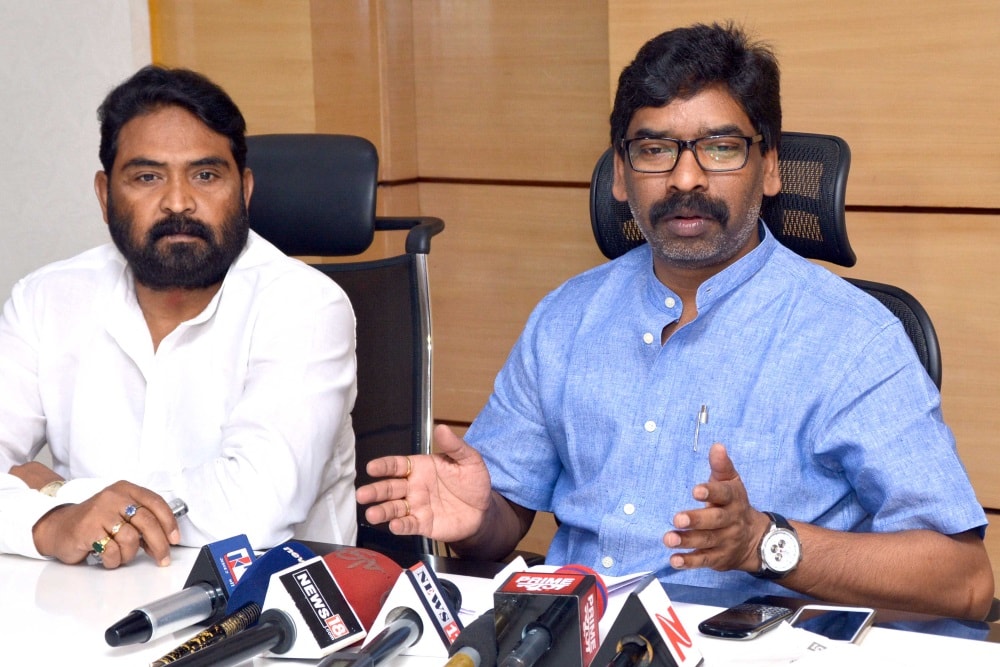 Opposition parties have criticized the state government led by Das in view of the directive by the Election Commission to lodge charges under the Prevention of Corruption Act against Anurag Gupta,Additional Director General of Police(Special Branch) and Ajay Kumar,the then Press Advisor to the CM in a case of  corruption and ‘rigging’ in the Rajya Sabha polls last year.

The EC’s Principal Secretary Virendra Kumar in his letter dated June 13,2017 has ordered the Chief Secretary Rajbala Verma to take disciplinary action in accordance with the law and get the FIR filed against them.

The case pertains to giving bribe to voters(MLAs) and corruption and as such they should be booked under the Prevention of Corruption Act Section 171(B) and 171(C),directed the EC additing that it should be informed after taking action against them.

The EC states that prima facie the case is clear on the basis of complaints of the then MLAs-Chamra Linda and Nirmala Devi.The case was made public by the Opposition leader Babulal Marandi in the form of the CD on July 15,2016.This CD Opposition leader  Soren had adduced in his complaint in the case.

Subsequently, the Opposition has been using to claim that Raghubar Das government “rigged” the June 11 Rajya Sabha elections.The CD purportedly show ADGP Gupta meeting Sao and suggesting to him the political favours he and his wife — Congress MLA Nirmala Devi — will enjoy if they helped the BJP candidate win in the Rajya Sabha elections.The CD also had a purported conversation between Raghubar Das’s political Advisor Ajay Kumar.

Incidentally,the two seats in June 11 Rajya Sabha polls were won by the ruling Bharatiya Janata Party (BJP).The JMM candidate Basant Soren — who is Hemant Soren’s brother — had lost despite the parties supporting him having the required number of votes to get him through.

Against this backdrop,the JMM and the Congress leaders ganged up today and demanded immediate enforcement of the EC’s order against the ADGP,Anura Gupta,IPS and Sanjay Kumar,CM’s the then Press Advisor.Soren and the Congress MLA Sukhdeo Bhagat separately addressed media persons and  expressed their viewpoints.