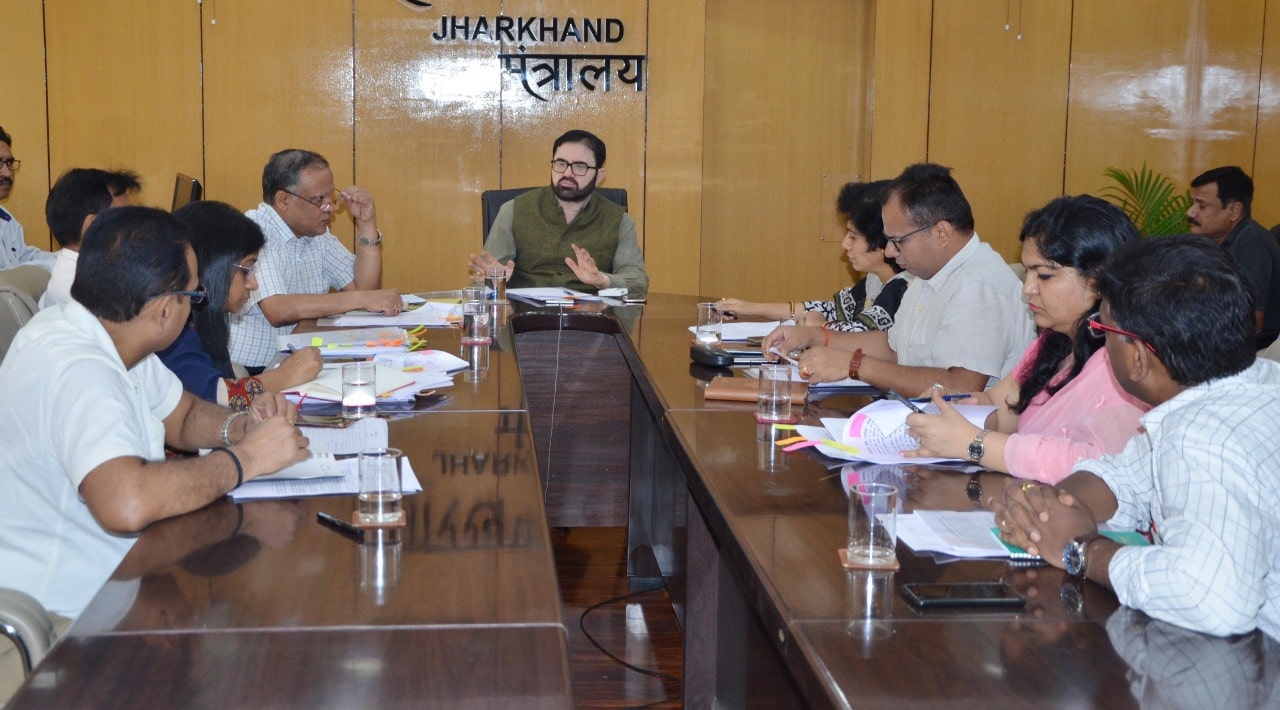 In the Project Building, during an important meeting about the development work Chief Secretary Dr. DK Tiwari directed to complete the development work by running a campaign in the next 4 months. By the end of the month, all departments should publish their tender and finalize tender till mid-June.

The Chief Secretary directed to complete the work of 10 lakh data entries of beneficiaries of the Chief Minister Krishi Ashirvad Yojna till June 10 so that farmers can get the benefit of this scheme on time. A survey of 51 lakh farmers' households has been done. Complete the data entry work in stipulated time. He said that monitoring of daily progress and weekly review should be done. Under Krishi Ashirvad Yojna farmers will get Rs 5000 per year for per acre land. Farmers will less than one acre land will also get Rs 5000.

The Chief Secretary directed the drinking water and sanitation department to implement small drinking water scheme in 2250 areas of primitive tribe within three months. Work has been started in 583 areas under this scheme. Work will begin in 618 areas on 24th May and instruct the concerned to start work by publishing tender on 24th May for implementation of the remaining 1049 areas. At the same time, he also instructed to publish tender for Chief Minister Jan Jal Yojna and started the work as soon as possible.

Chief Secretary instructed to publish tender for 11500 village areas for Chief Minister Jan Jal Yojna. Under this scheme, drinking water based on solar energy will be provided to every group of at least 50 families. The Chief Secretary scheduled to complete the plan till September. At the same time, 233 existing major schemes of drinking water are targeted to be completed by March 2020. This will benefit the population of 50 lakhs.

Chief Secretary Dr. DK Tiwari directed to complete the work of street lights, paver block and Swadhara drinking water Yojna within the next three months under the Panchayati Raj in the selected village of all the panchayats of the state.

The Chief Secretary instructed that the work of installing solar rooftop on all the Government buildings Circuit House and private housing should start at the earliest.