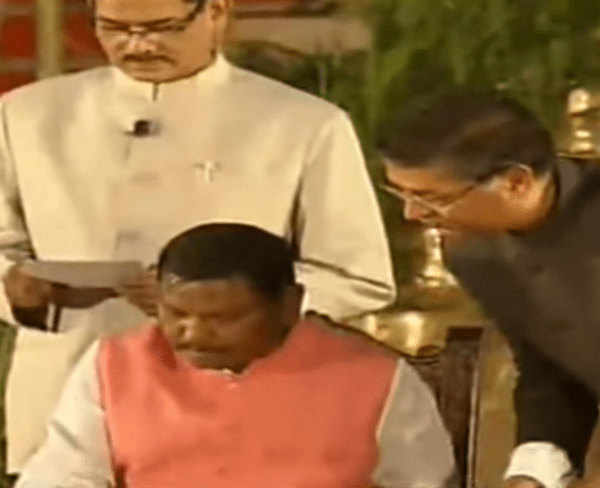 The oathtaking by Jharkhand Ex CM Arjun Munda who is a popular leader among Adivasis and non-Adivasis was welcomed by scores of people.

In Jharkhand, his swearing in as Minister in the Narendra Modi government has brought justice to the tribals. " Mundaji is a very good human being who has helped many deserving men and women. Even world rebounded Archer Deepika was backed by him right since the beginning of her career", recalled Rashish Oraon, a school teacher.

As CM of Jharkhand thrice, Munda is credited to have launched Kanya Dan Yojna which provided Rs 20000 to a girl for her marriage.

Today, after he took the oath of office as Union Minister for the first time, hundreds of men and women greeted and observed Holi and Diwali in Khunti where he was elected as MP on BJP ticket.