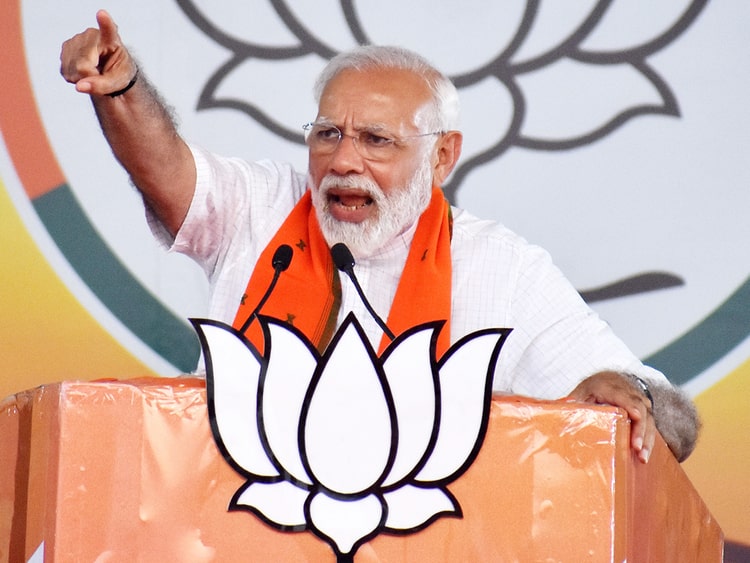 It might seem to you a small change. It is not.

It is a sign that India’s traditional ruling elite is being swept slowly but surely into the dustbin of history along with the Dynasty they have supported through bad times and good.

The 2014 general election marked the beginning of the end of India’s ruling elite.

The election whose results came last week marked the end.

As someone born and bred in this group of privileged Indians, I speak as an insider.

We controlled everything. Politics, government, business, foreign policy, the police, the military and the media.

All this was possible because we were to some degree all courtiers in the court of the Nehru-Gandhi dynasty.

Their ‘socialism’ and ‘secularism’ were as fake as their ‘idea of India’.

Theirs was an idea of India in which it was only Indians who spoke English well who could hope to do well.

English is a definition of class in India.

After the Raj ended, it was only Indians who spoke English well who went up in life. It was they who rose high in the ranks of the police and the military.

In the Lok Sabha, as the roots of democracy deepened, appeared people who spoke Indian languages well and English badly.

They were tolerated in a sneery sort of way.

But Parliament was supposed to be a private club.

It took this election campaign for ordinary Indians to notice what was going on. They noticed because Modi told voters that they were choosing between a ‘kaamdaar’ and a ‘naamdaar’. A working man and a prince.

It did not help that the ‘naamdaar’ then mocked Modi and made fun of everything about him. Modi’s ‘hugplomacy’, ‘Gabbar Singh Tax’, demonetisation. Modi’s demonetisation, he said, was done to steal their money and give it to his rich friends. The country’s Chowkidar, he said too many times, was a ‘chor’. He forgot that he was demeaning not just a political opponent but the Prime Minister of India.

Perhaps the ordinary voters were appalled that the heir to India’s most powerful political dynasty should talk this way.

He sounded arrogant, entitled and insulting and reminded them that there were too many political heirs in Indian politics.

If many of them have been voted out across India in this election, it is no accident.

They had seen this election as their last chance to oust the chaiwallah.

They were certain that the campaign to paint Modi as a Hindutva monster would succeed.

They had hoped that their campaign to reinvent Rahul Gandhi as a decent, worthy heir to the Dynasty had succeeded. Notice that in the English language media he and his sister made headlines and cover stories throughout the campaign.

The past five years have been difficult for India’s ruling elite.

High officials, editors of English newspapers, celebrated TV anchors, heirs of political dynasties and liberals have found their importance diminish by the day.
They have been replaced by people they once dismissed as ‘vernacs’.
If ‘liberal’ journalists are astoundingly illiberal in their assessments of Modi it is because they have suffered badly since there was regime change in 2014.

They once had privileged access to the men and women who rule India, but they are now relegated to unseen TV channels while Hindi journalists get all the glory.

It might seem to you a small change. It is not. It is a sign that India’s traditional ruling elite is being swept slowly but surely into the dustbin of history along with the Dynasty they have supported through bad times and good.

Not even when Indira Gandhi made herself into a Dictator and used the Emergency as a cover to hand the Congress party to her son did they protest.

Not even when she insisted that judges of the Supreme Court swear oaths of loyalty to her did they protest.

That was the only time, since India gained Independence, that the institutions of democracy were crushed and maimed, but the traditional ruling elite said nothing.

If they have spent the past five years targeting Modi, for attempts to crush democracy, it is possibly because they know how easily this can be done.

The traditional ruling elite believes in an idea of India in which there are privileges and not rights. This was always a bad idea, hopefully, now this idea will be dead.