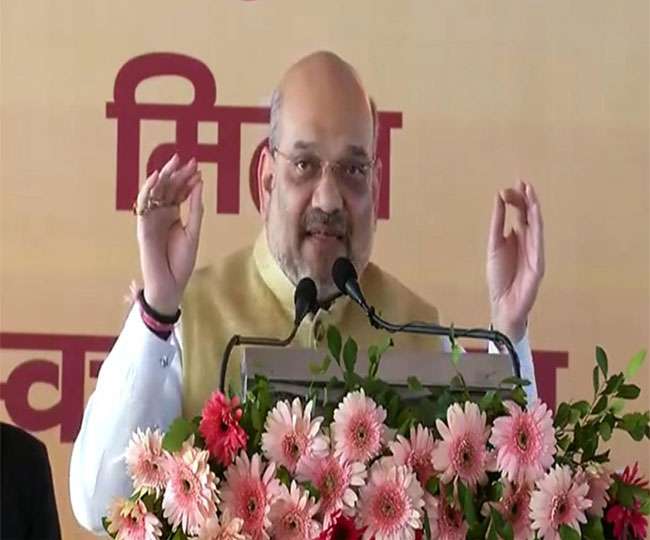 A battle of ballots between the ruling BJP and opposition JMM has been planned in advance. Both these parties have a massive stack in the forthcoming Assembly polls before the end of 2019.

In the Lok Sabha polls held recently, while BJP had won two of total 3 seats.JMM managed to win one seat. In 81- member Jharkhand Assembly,18 seats fall in Santhal Pargana. Among political parties, BJP had won eight seats in 2014 when JMM gained seven seats whereas Congress and JVM gathered two and one seat respectively.

Now, the ruling BJP aims to win 12 seats and root out JMM Acting president Hemant Soren. In view of the party's plan, the BJP is slated to kick start its election campaign from Godda in Santhal Pargana on September 18 In fact, BJP national president Amit Shah is scheduled to launch  BJP mass contract programme Jan Ashirwad Yatra from thereby addressing the rally at Jamtara district on the same date. Chief Minister Raghubar Das and other senior leaders from the party will be present at the function.

Earlier, BJP had set September 15 deadline for the launch of Jan Ashirwad Yatra. However, due to  Shah’s engagement in New Delhi, he now is going to start the Yatra on September 18.

State BJP spokesperson Pravin Prabhakar says, “From Jamtara the BJP  will propel and give momentum to BJP campaign.”Then onward, Chief Minister Raghubar Das plans to move across the Santhal Pargana, holding rallies at Nala, Shikaripara and other areas.