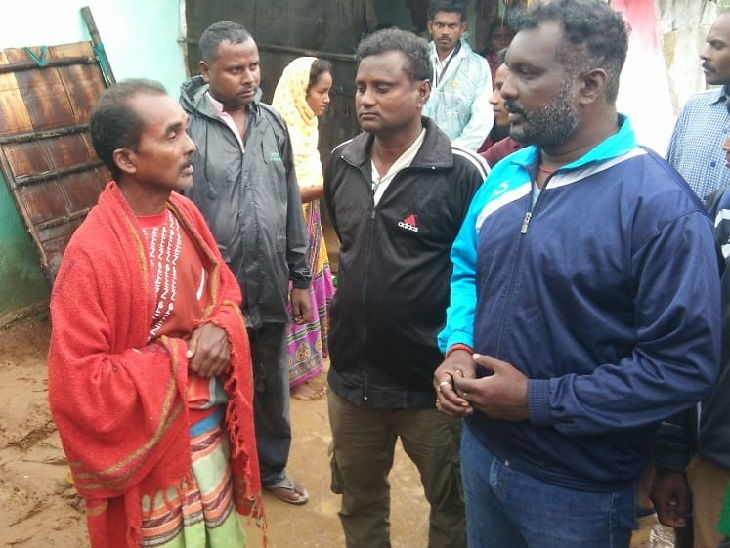 While people were busy celebrating festival light-Diwali, shock and fear rent the air at Sirkadih village under Bundu police station in Ranchi. It is here where a mother has lost her son who was kidnapped by a gang of criminals in the absence of his father.

This heart-melting crime was committed inside the house of mother Ambika and father Jhulan Swasi on Thursday-Friday night. On November 2, their six-month-old son Ankit was slated to take food and parents gearing up to hold Anna Prashan ceremony. Father Jhulan was absent as he had gone out to distribute invitation cards.

The time was 11ish in the night. Ambika, Ankit, sister Ankita, mother-in-law Kajal and father-in-law Daya Swasi were about to sleep when armed men forced them to open the door. Soon, they compelled Ankita to cook food for them.

"Fearing of an attack on life, I started cooking. But before that, I handed over Ankit to father-in-law. Minutes later they took Ankit in their hand and after locking my in-laws and daughter in a room, fled", she weeps.

An inquiry revealed that Jhulan and Ambika had married in 2014 after having love affairs, a feature not acceptable in a traditional tribal community in Jharkhand. The parents of the abducted kid had lodged FIR at Bundu police station.

So far no arrest was made in this connection. Neither the eyes of Ambika look free from tears. So at a time when Diwali is being celebrated across the country and the planet, most residents of Sirkadih appear to be in a state of shock and pain."We were waiting to celebrate the Annaprashan ceremony. Now we are waiting for his safe return home", weeps Ambika.

Bundu police Additional Inspector Vinod Kumar who was inquiring the case, said:"We are trying our best to locate criminals and bring the kid home safely."