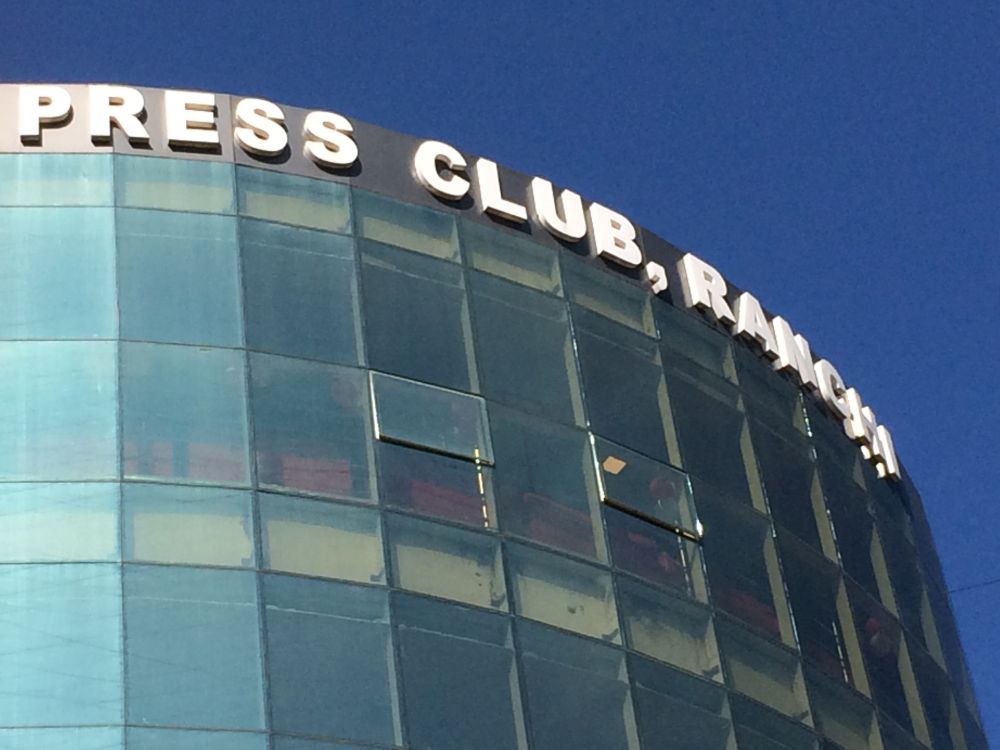 "Press Club Ranchi is the principal institution I tried to leave when I move on to greener pastures. Still, If I can contribute or help provide anything to provide a place to develop the journalistic talent of the future, I think I will have accomplished something."A.K.Pandey,ex-Director of the Information and Public Relations Department, Jharkhand and Social Media Chief of Telecom Regulatory Authority of India.

Dealing with scribes for long, Pandey mulled over the idea of Governor Karteek Sankaranarayanan who first conceived a plan to set up a space for working journalists. His aim was to help them learn and share ideas from conventions of the right to freedom of speech and expression.

This was in 2008-9 when the state of Jharkhand was under President's rule.,Pandey moved forward. Soon, Ranchi Deputy Commissioner Kamal Kishore Soan allocated 35 decimals of land along the prime roadside near the beautiful Karamtoli pond, Ranchi.

Now, Ranchi Press Club is functioning in a four-story state-of-the-art Air Conditioned building with an underground parking hall, a fine meeting point for the journalists.

Press Club Ranchi office bearers have since gone on to pioneer journalistic advances and practices, from the high- brow to the most modern, often blending computer and Information Technology. These include smart cards for members and library carrying books donated by members.

Incidentally, Press Club Ranchi has a state-of-the-art auditorium with an extremely good sound system, projection well suited for conferences and 85 person capacity conference hall with projector, LED and Podium Mike. Other services available are as follows; The club is centrally located, it has 14 double bedrooms, each with a washroom, TV and geyser, a restaurant, a TT table, modern Gym.