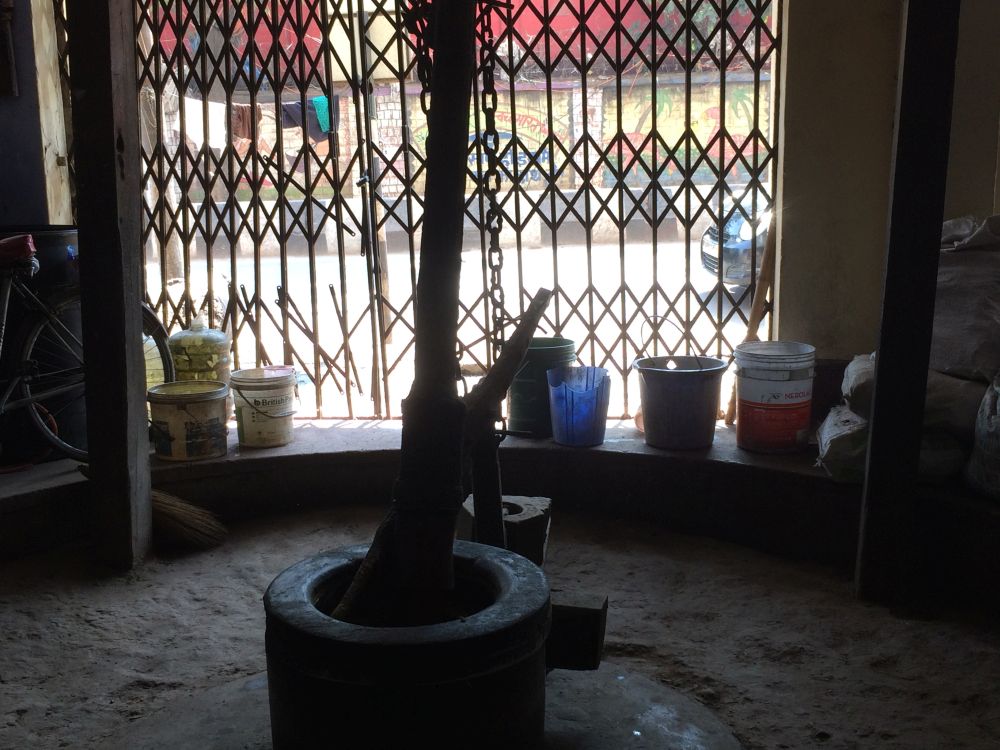 *The pictures recorded by www.jharkhandstatenews.com show the medieval equipments of the Gram Udyog producing mustard oil and its staff Pradeep Kumar.

He had landed at Gram Udyog Bhabdar in Ranchi to wish it a bright future. Father of the nation, Mahatama Gandhi had written-"Ies Bhandar Ki Unnati Ho(This institution climb up(develop) after watching four bulls moving in circles to pressure mustered to produce mustard oil. This was on March 29, 1940.

Eighty years later this Bhandar continued to produce mustard oil without the bulls.' We have kept the old equipments and made them functional through electricity", said Gram Udyog Bhandar staff Pradeep Kumar.

The Bhandar owner's grandsons and daughters were millionaires. And the Bhandar located on the ground floor of their multi-story building at the prime market place near Shahid Chowk in Ranchi- worth over multi-million rupees -produced nearly 10 liters of pure mustard oil to sell it at Rs 200 per liter.

Though income from it did not suffice to meet establishment cost ranging in five-digit every month- minus the cost of 3000 square feet land space with concrete structure worth over Rs one lakh per month, the owners were Mahatama Gandhi devotees.

They kept alive his name and paid heartfelt regarded by continuing to salute Mahatama Gandhi. On the 'Janata Curfew' day called by Prime Minister Narendra Modi to block the chain of Coronavirus on March 22, 2020, the Gandhi's Bhandar was closed.