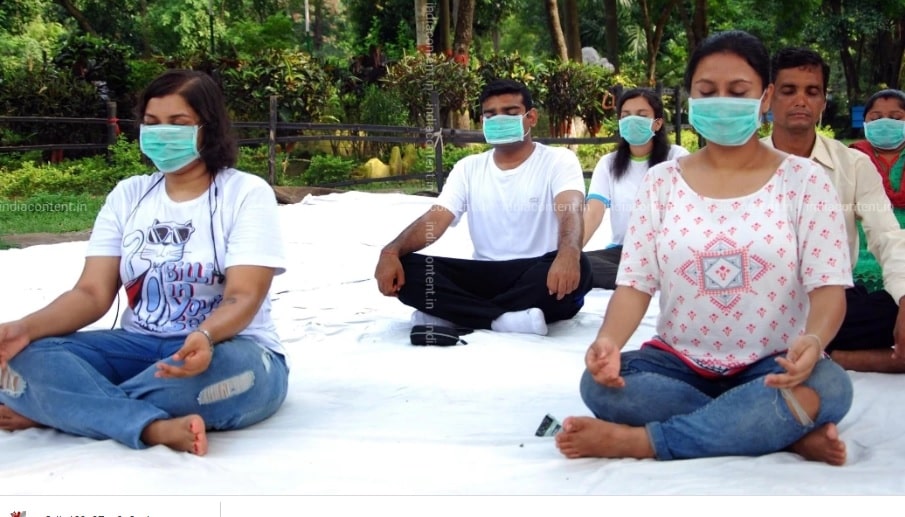 Come June 21 and the world will witness a change in the format of International Yoga Day. First, the theme can be 'Yoga at Home and Yoga with Family.'

Two, Prime Minister Narendra Modi was scheduled to take part in the International Yoga Day programme at Leh. However, due to coronavirus outbreak and Indo-China border conflict, he is not going to observe it there, a source in New Delhi Ayush Ministry told www.jharkhandstatenews.com.

This means that citizens are going to be advised to observe the International Yoga Day 2020 by performing yoga while wearing masks and practicing social distancing.

It should be noted that the International Yoga Day is celebrated annually on June 21 to raise global awareness about the benefits of the ancient Indian practice,

Ayush Ministry Secretary Vaidya Rajesh Kotecha is on record saying  that earlier, Prime Minister Modi had to take part in Yoga Day program at Leh."Now due to the COVID19 crisis and Indo-China border conflict, nothing is final. No public programs will be held on that day."

Records show that the Central government had already launched international video blog competition under the banner of  'MyLife MyYoga' ahead of the International Yoga Day 2020. PM Modi had announced the competition in his radio programme 'Mann ki Baat' last month.

As per the announcement, contest winners will be declared in two categories, India and World. The participants can win cash prizes of Rs 1 lakh, Rs 50,000 and Rs 25,000. There will be separate winners in the male and female categories as well.