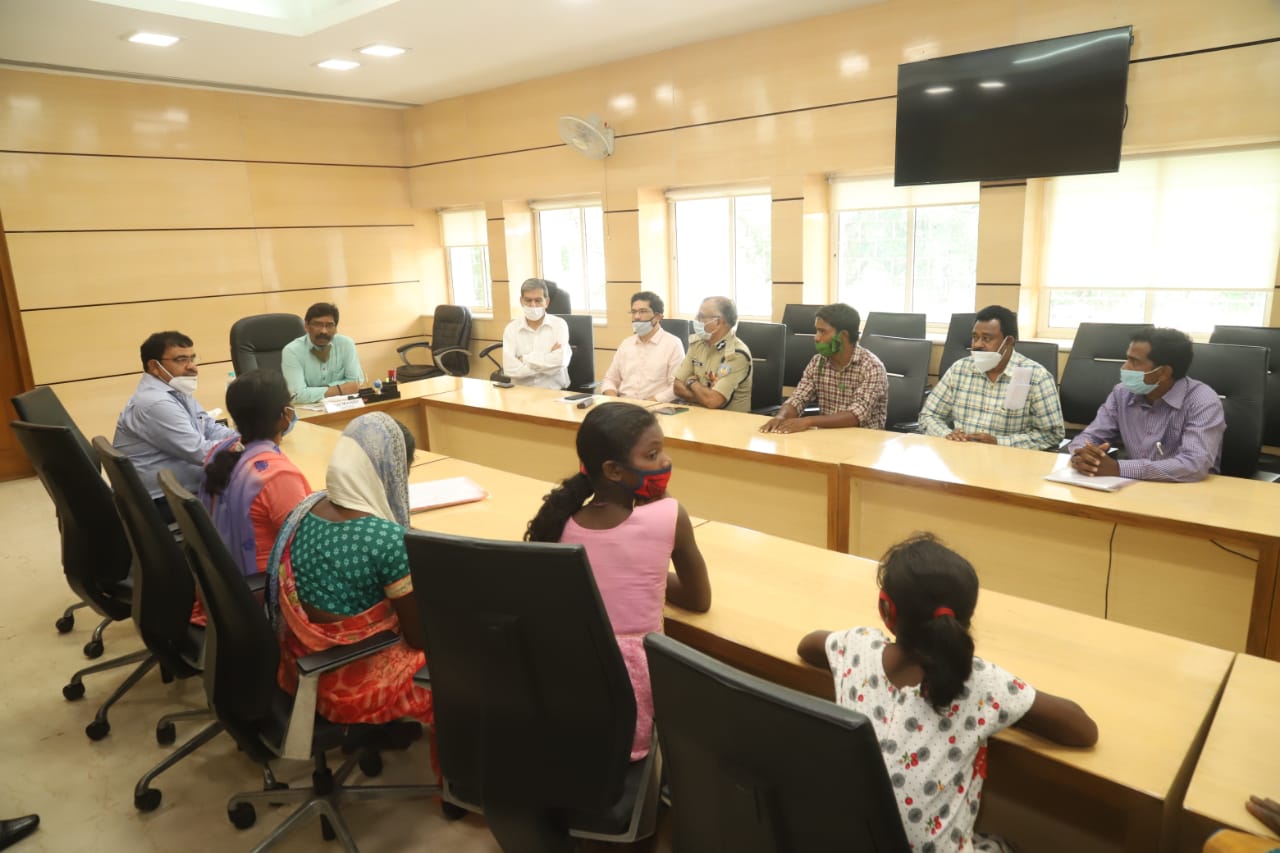 *CM Hemant Soren meets family members of Khunti based tribal Roshan Horo who was shot dead by CRPF jawans inside the state secretariat in Ranchi on Wednesday.

Chief Minister Hemant Soren has picked up issue connected with CRPF killed tribal Roshan Horo and taken note of it.

The killing and death cannot be undone and it cannot be compensated. Yet, the state government is gearing up to cover the family of the deceased with all possible assistance, said Soren.

At present, the deceased's wife Josepina Horo will be given an amount of Rs ten lakh as a financial support and a warranted job in the Murhu Block office of Khunti district.

The Chief Minister was speaking to the family members of Roshan Horo, who was killed by the CRPF during investigation in Muru of Khunti at Project building.

Roshan Horo was a resident of Kumardih village in Murhu police station area. On March 20, 2020, the CRPF was conducting a search operation against Naxalites near Upgraded Middle School, two kilometers away from the village, following reports of Naxal activities.In the course of operation, 34- year old Roshan Horo reached there on his bike and died after being shot by CRPF personnel.

The Chief Minister Hemant Soren directed Sukhdev Singh, Chief Secretary,to ensure ration card and housing scheme for his family and also better education for the two daughters of Roshan Horo. Also, the benefits of agriculture related schemes should be given to the victim's family.