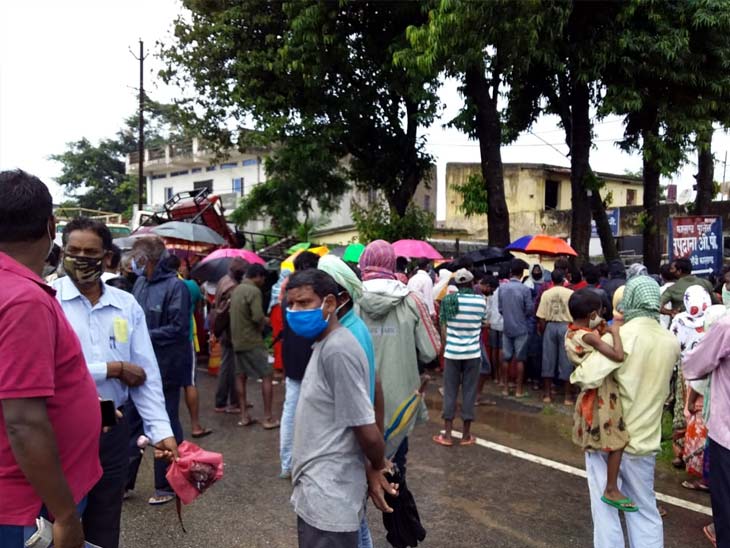 *Tupudana police station in Ranchi where people gathered, protested against the arrest of five persons on the charge of killing ASI Ravidas, claiming that they were “innocent” and demanded their release.

After cops arrested five persons on charges of murdering Assistant Sub Inspector Kameshwar Ravidas, the people protested against it.

Claiming that the arrested persons were innocent, they entered the Tuppudana police station in Ranchi and demanded their release from the custody.

The five arrested were tribal youths- Ajit Tirkey, Sawan Oraon, Stephen, Jagatpal, and Bhola. As per the FIR, Kameshwar who was a security guard of Lalu Prasad Yadav, convict undergoing imprisonment in multi-million rupee fodder scam, was stoned to death at 7-8 pm night on July 30.

The Tupudana police first arrested Ajit Tirkey. From his house, they recovered a bloodstain carrying cloth which allegedly worn by him during the time of the murder.

According to police, ASI Ravidas was having “snacks and drinks” with six-seven persons at a government school premises.

“From a house, the cooked chicken was brought. While the festivity continued, due to some reason, the discussion turned violent. Ravidas abused one of them who picked up a stone and threw it on him. It hit him on his head. He fell down.

Aware that he had died, his body was picked up and thrown from a height of 45-50 feet height”, said the police.

Five persons were arrested on the charge of murdering the ASI Ravidas. This was protested against by the people of Tupudana. They gathered inside Tupudana police station and demanded their release.