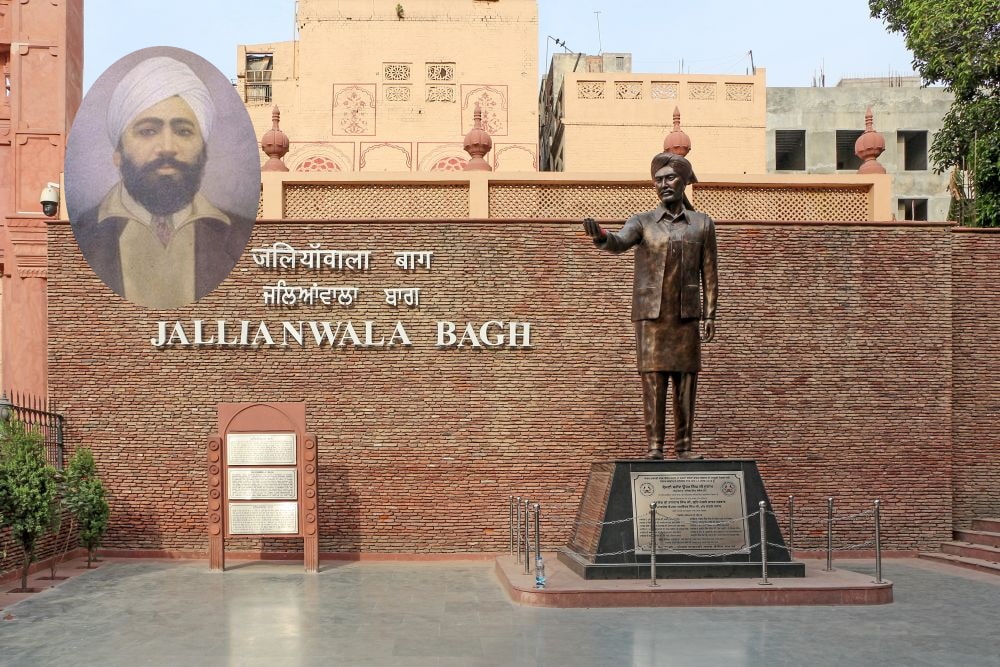 "He is a mad man" - said a late Congress leader

"His act was a senseless deed" - said  a British.

"We condemn his act of terror and apologise and hope we are not punished for it" - - resolution passed by a political party.

In fact, he was Shaheed Udham Singh and the senseless deed he did was that he killed Michael Dwyer.

Michael was the ‘monster’ who massacred 1526 innocent unarmed peaceful Indians in ‘Jalian wala Bagh in 1919.’

Udham singh was 19 year old volunteer who was serving water to the 20,000 people gathered in the garden on festival of Baisakhi.

He wanted to avenge the brutality and get some sense of justice to these martyrs. British GOVT didn’t take any action.

“Congress couldn't get british to act on Dwyer.”

So Dwyer happily retired to England and lead a peaceful rich life.

He was jailed for 5 years and there he was inspired by death and martyrdom of *Bhagat Singh* who wanted to take action on Dwyer.

"I did it because I had a grudge against him. He deserved it. He was the real culprit. He wanted to crush the spirit of my people, so I have crushed him. For full 21 years, I have been trying to seek vengeance. I am happy that I have done the job. I am not scared of death. I am dying for my country. I have seen my people starving in India under the British rule. I have protested against this, it was my duty. What greater honour could be bestowed on me than death for the sake of my motherland?”

He was sentenced to death in the court. He fasted for 42 days in the jail and was brutally tortured and hanged on July 31, 1940

*Meanwhile in India congress condemned his act. Gandhi and Nehru abused him for making british angry and they forced congress to pass a resolution against killing of Dwyer.*

They were very busy those days helping british recruit Indian soldiers for World War - II and they didn’t want Punjab to get upset wirh british.

Udham Singh was buried in London and like other freedom fighter's, he is forgotten in India.“

“No textbooks talk about him.”

“I am happy that they are making a movie on this patriot and coincidently it will be released on Gandhiji's birthday on Oct 2. His story is a great and inspiring one.”

His ashes are in urn in “Jalian Wala Bagh.”