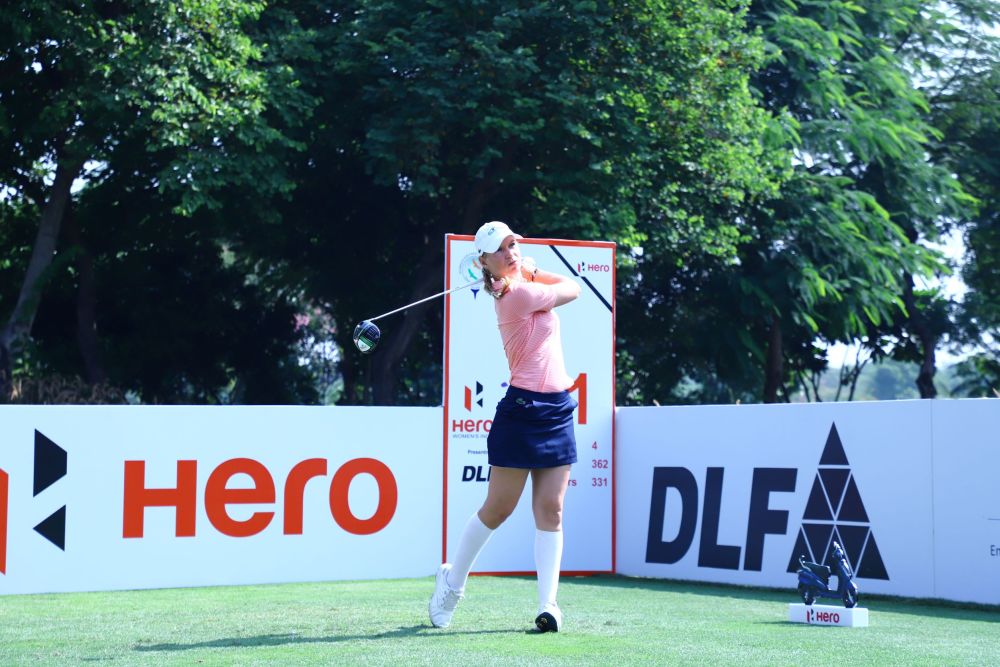 2016 champion Aditi Ashok led home continent has enough firepower to surprise the strong international challenge at the US$400,000 Hero Women’s Indian Open which tees off at the DLF Golf & Country Club on Thursday.

On the other hand, the four winners of the ongoing Ladies European Tour season will be seen in action this week including Meghan MacLaren of England, Spain’s Ana Pelaez Trivino, Tiia Koivisto of Finland and Frenchwoman Anne-Charlotte Mora.

While MacLaren won the Australian Women’s Classic, Trivino topped the field at the Madrid Ladies Open. Koivisto emerged winner at the Jabra Ladies Open in France and Mora most recently annexed the Aland 100 Ladies Open in Finland.

This sets a high bar for the field and offers home golfers plenty of incentive as a solid performance this week will either help seal next season’s card or open the door to the 2023 season.

Though the 24-year-old Bengaluru-based Aditi remains the only Indian to have won the event and whose showing at the Tokyo Olympics attracted worldwide attention, ., there are a bunch of other youngsters who have emerged in recent years and are itching to get a shot at the biggest prize in Indian women’s golf.

Among them are Diksha Dagar, the only Indian woman other than Aditi Ashok to have won on the LET; Tvesa Malik, who was Tied-6th in 2019; Vani Kapoor, who has played and made the cut in every single Hero Women’s Indian Open since 2011 and was tied-6th in 2017 and Amandeep Drall, who has played steadily this season.

These four plus the likes of Ridhima Dilawari, Neha Tripathi, Gaurika Bishnoi, Pranavi Urs and rookie Sneha Singh, and the Bakshi sisters, Hitaashee and Jahanvi, are all capable of springing a surprise.

Then there are amateurs like Anika Varma, who was fifth and the best Indian in 2019 and the fast-emerging Avani Prashanth, who played and made the cut at the prestigious Augusta National Women’s Amateur. In short, the home challenge is young and strong and capable of making a big impression on the event, which makes a return after a three-year gap since 2019.

Indians have managed to find a place in the Top 10 eight times in the 13 stagings of the Women’s Indian Open since it began in 2007 and the performances have only been getting stronger.

Ashok, India’s sole representative on the high-profile LPGA Tour in the United States, won the HWIO in her rookie year and then added two more wins – the second one in 2016 and a third in 2017.

Also looking for a good week on home turf will be players like Vani Kapoor and Amandeep Drall, who have been on the fringes of full membership on the LET having played a number of tournaments on the tour this season.

In all, 24 Indian professionals and 6 amateurs are in the 114-strong field at the tournament this year, the highest number ever entered.

While Ashok and LET card-holders Diksha Dagar and Tvesa Malik are among the top Indian contenders, others include Pranavi Urs, who has qualified for LPGA Qualifying Series Final stage, and national women’s champion Avani Prashanth.