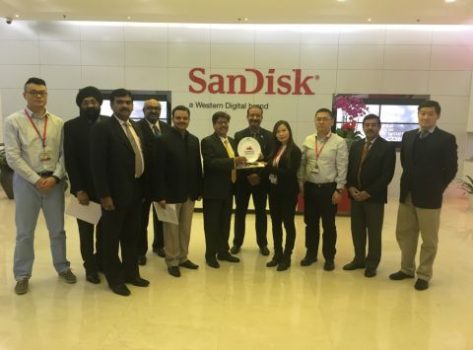 They kick started two-days visit to Shanghai in China to woo investors.The team comprised officials and business leaders from Jharkhand.

Reports said that on first day,delegates visited SanDisk to showcase the investment opportunities in Jharkhand. SanDisk is one of the largest companies in wafer fabrication, semi-conductor, memory cards & pen drive manufacturing.

During the meeting,Sunil Kumar Barnwal, Secretary, Department of Industries, Mines & Geology, made a presentation on Jharkhand as an investment destination and SanDisk explained in detail its operations & typical requirements that they have for setting up a new unit.

SanDisk also talked about future expansion plans in India and lauded that Jharkhand could be a major choice for investment given its excellent infrastructure and airport connectivity.

On 2 December 2016 the delegation is slated to hold a road show organized by Government of Jharkhand partnering with Consulate General of India- Shanghai wherein identified industries and investors have been invited. The delegation is also holding business interactions in Shanghai with key industries as well as trade bodies.