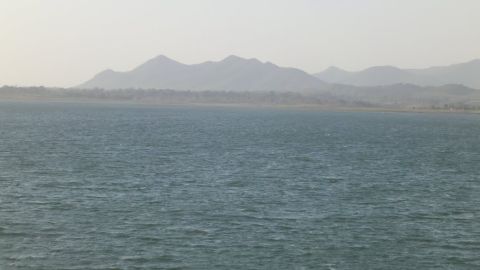 The Central Water Commission (CWC) has complied the siltation data of 243 reservoirs in the country.Of them,7 reservoirs belong to the State of Jharkhand.

Jharkhand is one of the seven states where Dam Rehabilitation and Improvement Programme (DRIP) is implemented.

According to the statement of the Minister, the CWC has compiled siltation data of seven reservoirs in Jharkhand namely Getalsud on Subarnarekha river, Konar on Konar river, Maithon on Barakar river, Mayurakshi on Mayurakshi river, Panchet and Tenughat on Damodar river and Tilaiya on Barakar river. There are three dams of Jharkhand included under DRIP for improvement of safety level, said the statement.

The project is being implemented with financial assistance from World Bank at an estimated cost of Rs. 2100 Crore, in seven states of India, namely, Madhya Pradesh, Odisha, Kerala, Tamil Nadu, Karnataka, Jharkhand (DVC) and Uttarakhand (UJVNL). The Six years project had started with effect from 18th April, 2012, said the statement.

Nathwani wanted to know about the need of dredging, cleaning, beautification of water reservoirs in the country, requirement of proper infrastructure, the government’s plan to support such reservoirs across India and the steps taken by the Government to overcome the existing problems and enhance the infrastructure.

According to the statement of the Minister, maintenance and operation of reservoirs is prime responsibility of dam owners.They are generally State Governments or Central Agencies like BBMB, NHPC etc.

In order to supplement the efforts of the State Governments, Ministry of Water Resources, River Development and Ganga Rejuvenation provides technical and financial assistance to encourage sustainable development and efficient management of water resources through various schemes and programmes such as Extension, Renovation and Modernisation (ERM) and Dam Rehabilitation and Improvement Programme (DRIP), said the statement.