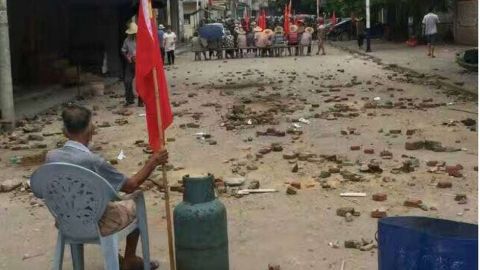 Demonetisation has taken a turn in Jharkhand where the Police have launched a poster campaign in Maoist-hit areas appealing to people not to deposit or exchange the demonetised currency notes belonging to Maoists.

“The villagers should not deposit the illegal money (of Maoists) in Jan Dhan accounts.In case they did so,they will be held responsible for such transactions,” IG(Operation) M.S. Bhatia told jharkhandstyatenews.com..

The police have put up pamphlets in remote Maoist affected rural areas where hardcore Maoists have reportedly dumped cash. We (police) want to inform the villagers in advance that they should not be duped,” said Bhatia.

Also,the police have put up posters and started a pamphlet campaign in more than 16 districts like Lohardagga, Lathear, Garwah, Chatra, Khunti and Chaibasa.