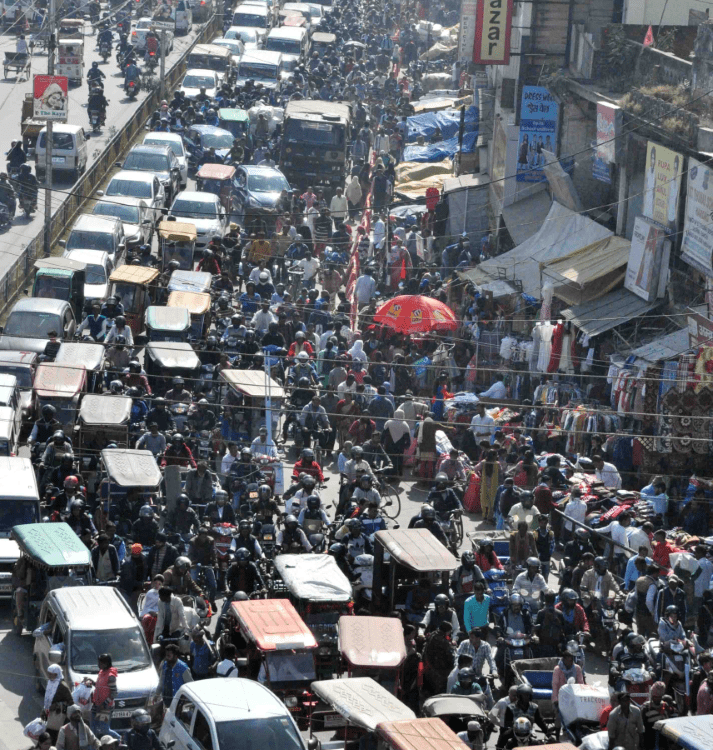 By banning traffic on cut outs along main roads in Ranchi, Jharkhand Chief Minister Raghubar Das has created more problems.Apart from blocking movement of rickshaw pullers,mo bike drivers and walkers,hundreds of people were compelled to move via lanes and by lanes.

As a result,the problem continues.Solution? Consider this. A small group of 10-15 people stand at Albert Ekka Chowk, the city center in Ranchi,carrying bill boards.Then they burn the effigy and shout slogans as media persons take photographs while the traffic gets paralyzed.