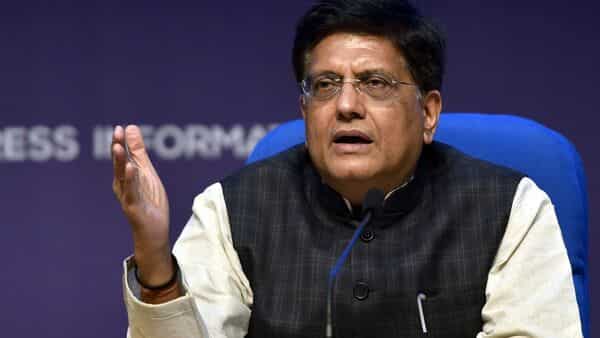 As India and UK are heading toward entering into Free Trade Agreement(FTA), designed to encourage trade and investment relations, the Union Minister of Commerce and Industry, Consumer Affairs, Food and Public Distribution and Textiles, is busy holding discussions and debates with stakeholders on pros and cons of FTA.

The India- UK are expected to sign FTA before the end of 2022. Aware of its wide-ranging implications for the country’s economy, Piyush Goyal on Friday said that “India would accord top priority to national interest in FTA negotiations.”

FTAs to be entered into after thorough consultation with all stakeholders including industry and the government will not diverge from this approach for the sake of deadlines, he added.

The Minister was speaking at the meeting held to review India’s Export Performance in the first six months of this financial year with key representatives from Export Promotion Councils and Industry Associations in New Delhi on Friday.

At the meeting, the Minister emphasised on sustaining the export momentum and said that the interaction with Export Promotion Councils has given the confidence that Indian exports will be able to wither the global headwinds and will surpass last year’s exports by a big margin.

He added that India must keep prospecting for new opportunities in the world market and utilize all such possible chances to expand trade. He also emphasised on doing a deep dive of services import and see the areas/sectors in which they are increasing.

The industry participants were assured that Government is committed to addressing the issues raised by them. While concluding the session, the Commerce and Industry Minister urged the trade and industry to implement innovative ways of marketing, increase quality standards and take full benefit of Free Trade Agreements to achieve higher export growth in this financial year.

At the review meeting, the Director General of Foreign Trade (DGFT) gave a presentation on year-on-year export trends vis-à-vis the major export markets of India, along with sectoral growths. The leading and laggard export markets/ sectors were specifically highlighted for specific attention and possible corrective actions.

Industry was apprised on the healthy growth of around 15.5 % seen in the first six months of this financial year, as compared to the previous year. The industry however was alerted on the dip in export performance in September 2022.

Highlighting the healthy growth seen in some markets such as Latin America and Africa, it was informed that the evolving economic and geo-political environment required the industry to be attentive and optimistic so that growth opportunities in such new markets are not missed.

An engaging round of discussion was held subsequently with EPCs and industry representatives on challenges, opportunities and way forward for increasing exports from India.

Industry has flagged certain issues related to the rising of cost of raw materials and subdued demand in certain key export markets due to high inventory levels. Industry requested for including left out sectors under RoDTEP and rationalisation of existing RoDTEP rates, exploring possibility for increased support under Interest Equalisation Scheme(IES) and under Market Access Initiative (MAI), and operationalisation of Production-Linked Incentive (PLI) Schemes for additional sectors.

The meeting was also attended by the Minister of State for Commerce & Industry, Smt. Anupriya Patel and Commerce Secretary, Shri Sunil Barthwal.