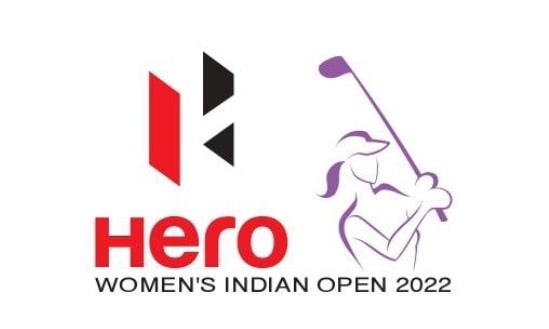 Olympian Aditi Ashok will lead the  Indian challenge at the star-studded Hero Women’s Indian Open to be played at the DLF Golf and Country Club, here from October 20.

The 24-year-old Bengaluru-based Aditi has the distinction of being the first golfer from the country to win on the Ladies European Tour (LET) by claiming the Hero Women’s Indian Open in 2016.

She progressed quickly from there, adding two more LET wins in 2016 and 2017 and earning a card on the toughest Tour in the world, the LPGA in the United States.

In 57 starts on the LET, Aditi has had three wins and 18 Top-10s. That is almost 38 per cent, which means she finished in Top-10 at least once every three starts - a supreme effort by any standard.

Aditi, who played the Hero Women’s Indian Open regularly since her debut in 2011, turned in superb performances between 2011 and 2015 in her five appearances as an amateur. She made the cut four times, finished in Top-10 once, twice in Top-15 and missed the cut only once.

In fact, Aditi had won a pro event on the domestic Hero Women’s Golf Tour, while still being an amateur. She carried on from there when she turned pro in 2016. The year 2016 was her rookie year and even though a few Indian girls had finished in Top-10 in the previous editions, nobody had actually lifted that incredible silverware.

In 2017, she returned for the HWIO, but was Tied for 13th and then she became a regular on the LPGA. Playing in the US, she was unable to make it to India in 2018 and 2019 and then Covid robbed the Indian sport fans of a chance of seeing her in action. This year as the National Open returns to action, so does Aditi Ashok who has always expressed great pride in wearing India colours, playing in India and interacting with youngsters in the country.

Last year at the Tokyo Olympics, she had the whole country on the edge of their seat early in the morning as she came agonizingly close to getting onto the podium. Despite a masterclass in putting that had the golfing fraternity agog, she did not land a medal as the World No. 1 Nelly Korda won the gold while local Japanese star Mone Inami edged out former World No. 1 Lydia Ko of New Zealand to the silver. Ko settled for bronze and Aditi was fourth .