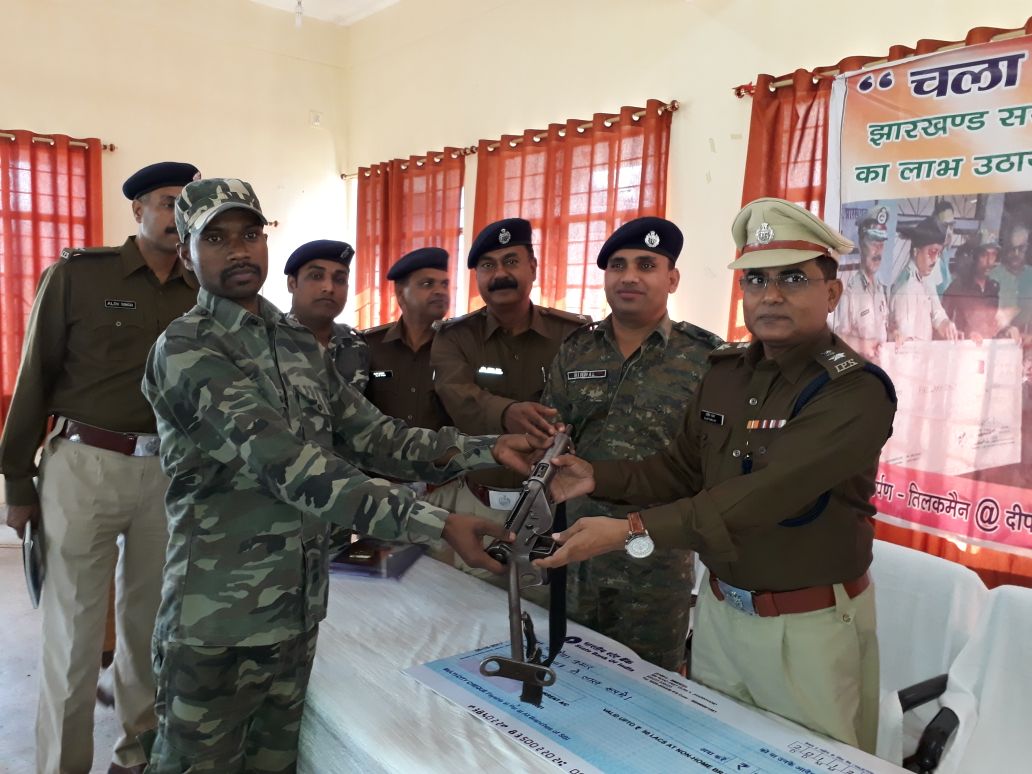 In a major breakthrough for the Simdega police, most wanted PLFI area commander Aakash Singh has surrendered to the authorities.There has been a Rs 2 lakh award on his head.He is reported to be involved in more than twenty cases of extortion, murder and encounter.A stengun was also recovered from him.