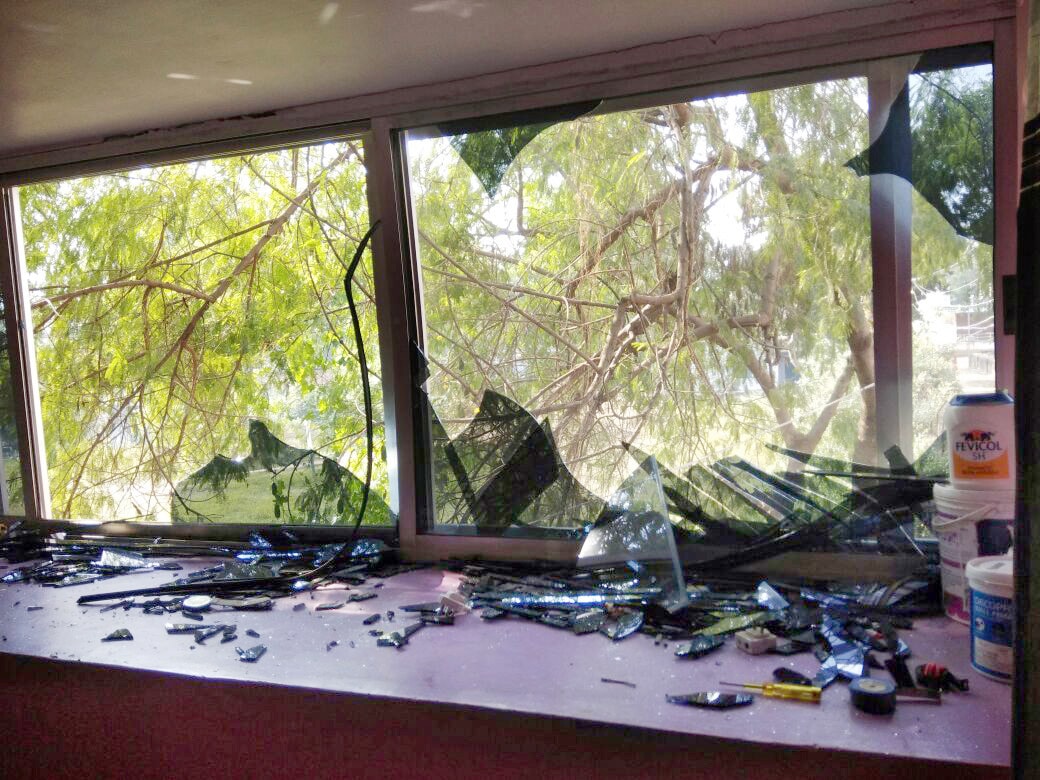 In an unfortunate incident, two personnels of a bomb defusing squad died on the spot while three others were seriously injured when they were trying to defuse a bomb inside Saria police station under Giridih district on Monday. The dead police personnels have been identified as Md Asafak Kuraishi and Chowkidar Mahindra Turi while the injured are ASI Binod Upadhaya, Satendra Sharma and Punai Oran. The bomb defusing team was from the Police Training Centre, Hazaribagh, said Superintendent of police Akhilesh V Verier.Picture shows the damage caused due to the explosion.