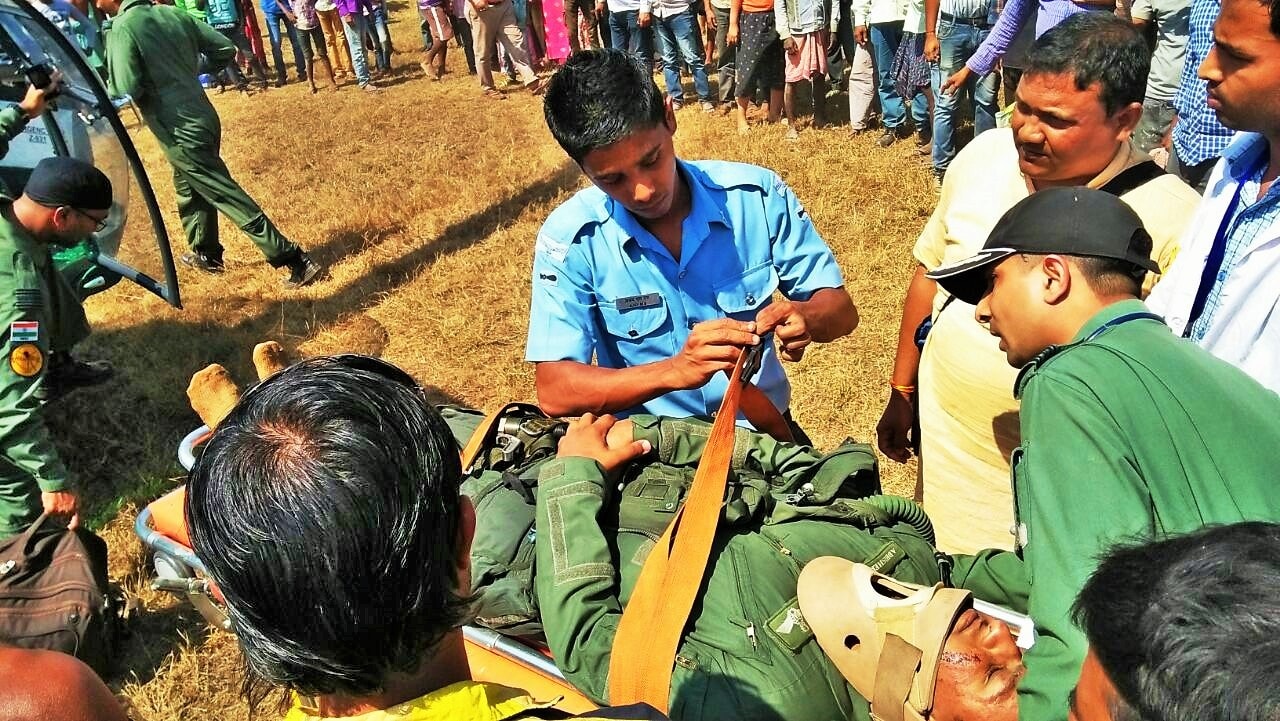 IAF emergency crew members tending to the injured pilot after his aircraft crash-landed on the riverbed of Swarnarekaha river in Mahuldungri under Baharagora police station in East Singhbhum district on Tuesday afternoon.The fighter aircraft had taken off from the Kalikunda Air Force base in neighbouring West Bengal.Cause of the crash is yet to be ascertained.