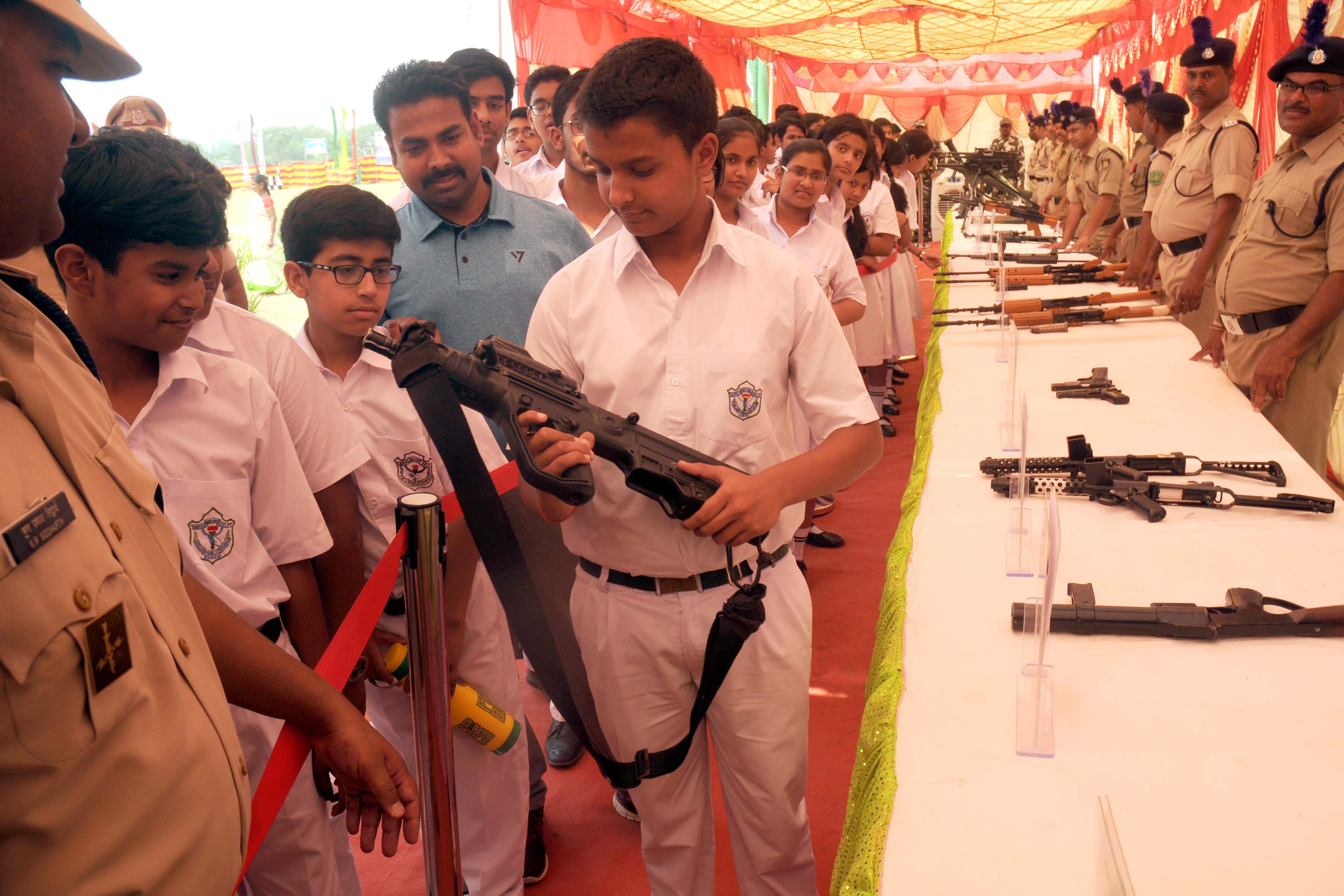 A CRPF official explained the use of arms and ammunition used by the forces in different situations and locations to school children, during an exhibition on the occasion of the 'Shaurya Diwas' at 133rd Central Reserved Police Force (CRPF) campus, Dhurwa in Ranchi on Monday. The CRPF celebrates 9 April as Shaurya Diwas to commemorate the defence of the Sardar post in the Rann of Kutch at the onset of the Indo-Pak War in 1965. 34 Pak troopers were killed and 4 were caught while 8 CRPF men lost their lives in the battle.