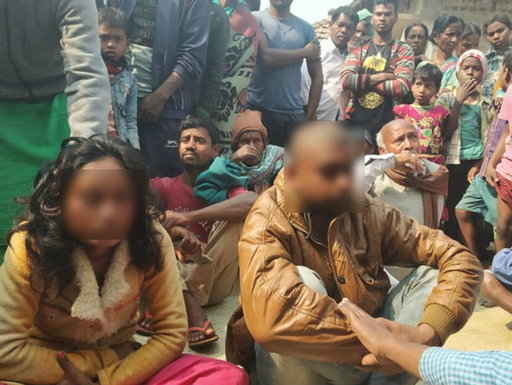 Lovebirds freed by cops. Two lovebirds who were kept in custody by villagers at Sharpur village Panchayat under Pakuria police station in Pakur were freed by the police. Caught by the people on January 20 when they were expressing and exchanging love, they were caught and taken to the village Pradhan who had passed judgment against the boy and the girl to pay Rs 1.20 lakh and Rs 80,000 respectively. Since they failed to pay, they were kept in custody, said the police.