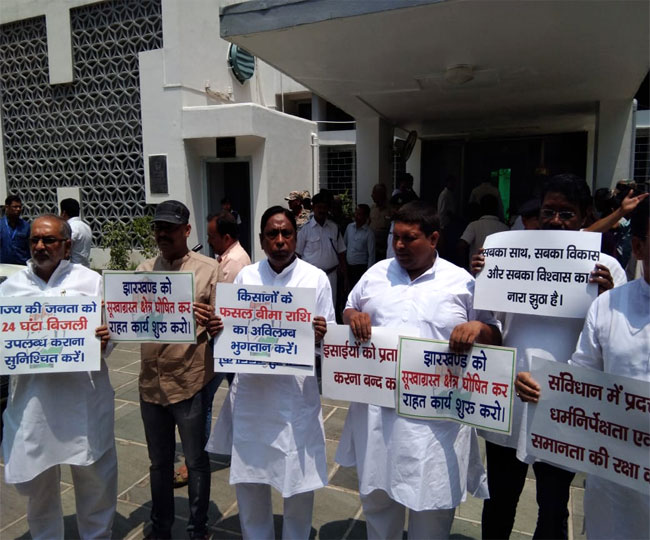 The second day of the monsoon session of the Jharkhand Assembly witnessed Opposition protest demanding probe into the charges of a giving//taking bribe by the state health minister Ramchandra Chandravanshi. While JMM legislatures entered into the well demanding the probe, bringing Assembly proceedings to stand still, Chndravnshi pleaded 'not guilty'."I will quit politics and resign as Minister if this false charge was proved correct", said Minister. The charge was based on a video showing he was receiving cash from his own security man.