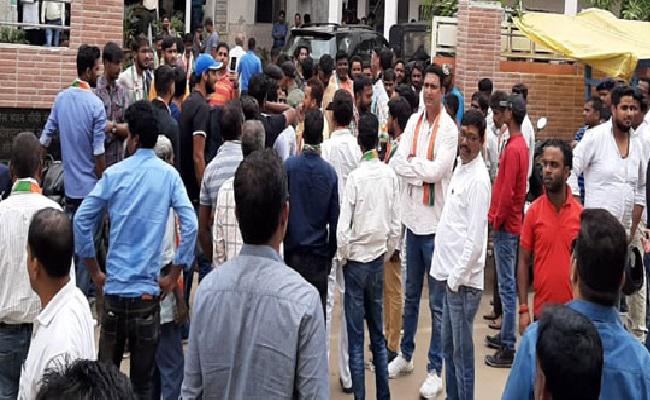 Congressmen box each other: After the grand old party was routed out in LS polls Jharkhand, there was dead silence in its state unit office in Ranchi. Now, silence has been overpowered by a group- boxing -fight. Today, supporters of the Congress' state unit president Ajay Kumar and ex-Union Minister Subodh Kant Sahay scuffled and beat each other. The incident took place a day after Kumar had expelled two Sahay supporters on 'anti-party activities' on Wednesday.