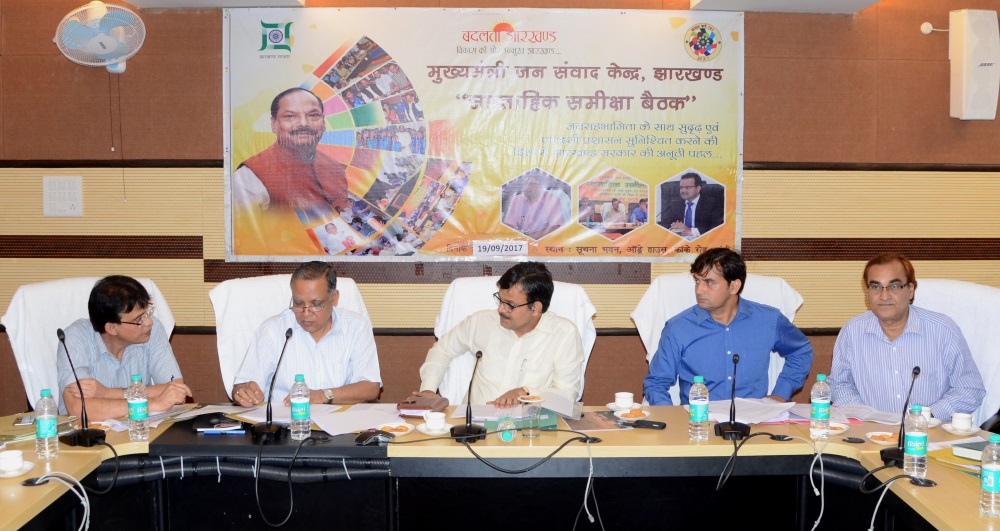 Chief Minister's Secretary, Sunil Kumar Barnwal, today reviewed the complaints at the Mukhya Mantri Jan Sambad Kendra.He reviewed the progress of the execution of District Complaints.Earlier the lowest level of execution of complaints was from the districts of East Singhbhum, Palamau, Dhanbad, Deogarh and Saraikela-Kharswan. He instructed the Nodal officers of the aforementioned districts to intensify the execution of complaints. Barnwal issued strict instructions saying that within one week the condition of these five districts should be improved.