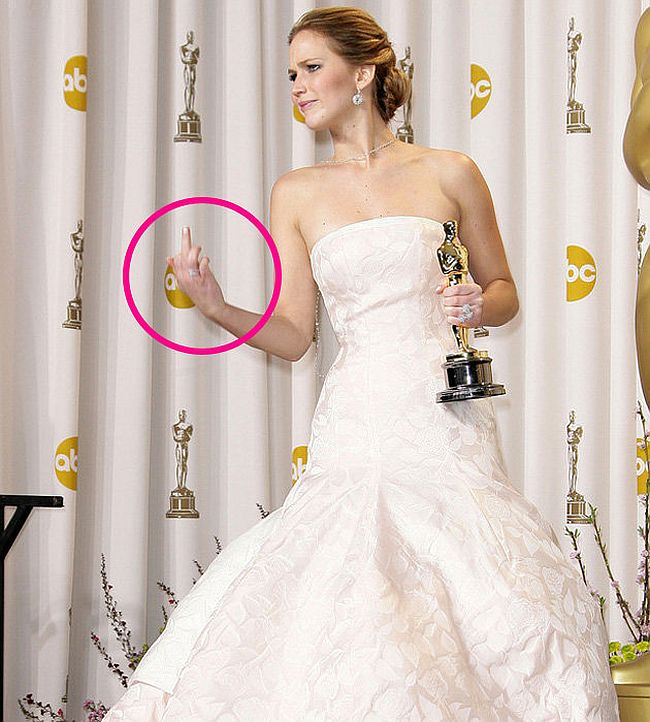 Jennifer Lawrence is in the news.The 22-year old beauty who won the Best actress Oscar for her role in “Silver Linings Playbook”,was cought on camera saying she did take a shot of booze before receiving her trophy.

A PTI story based on Aceshowbiz’s report said that when she appeared before the camera,she gave un ‘pleasant expression’ and ‘showed her middle finger while her left hand clutched her trophy.’

“The actress changed expression instantly and was then ready for the picture-taking session. After posing for the cameras, Lawrence explained that she had a drink before the event”,revealed the PTI report adding: “I’m sorry. I did a shot before I, sorry.”

The same report said:”In regards to her tripping on her way to the stage, a reporter asked what was she thinking at that time, to which she replied, “A bad word that I can’t say that starts with ‘F’.”