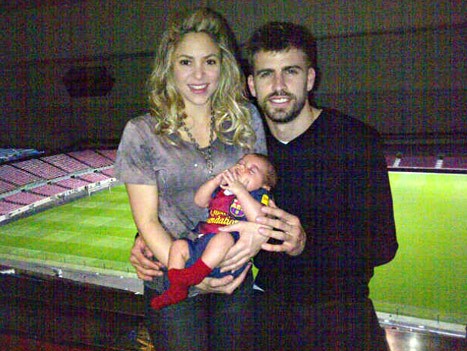 Shakira,a Colombian singer, song writer, dancer, record producer, choreographer and model is in news for her byte on breast feeding.

A PTI report from London based on a story carried by Digital Spy said that “The ‘Voice’ coach and partner Gerard Pique welcomed Milan in January.” Shakira disclosed that Pique chose the name Milan for their newborn son as part of a special agreement. “I already chose the name of our next baby girl, but I won’t say”,she added.

Shakira later admitted that pregnancy had taken a toll on her body. She spoke about her attempts to get fit again and said that breastfeeding was as beneficial to her as it was to her baby.

The report quotes her saying “I’m not back all the way to my old self but I look decent now, I think. What has helped me a lot was breast feeding and I’m so hooked, I’m telling you, I think I’m going to keep breast feeding this baby until he goes to college because I can’t stop.”