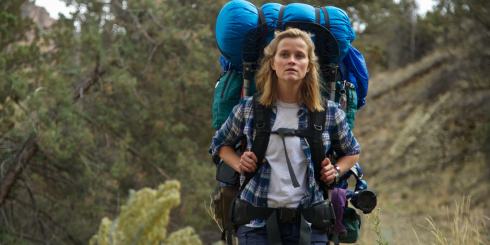 Maybe that’s the way you seem to see the future.

Yeah, I believe they can!

I mean they are there everywhere, and it’s not only limited to the domestic works- a kitchen and yeas- it doesn’t make it sound like Lady Hope.I mean there’s more to life than staying within the limited editions of the modular kitchen.

If Sean Penn can make it to see that the son of wealthy parents graduates from Emory University and instead of embarking on a prestigious and profitable career chooses to give his savings to charity, and sets out on his dream journey to Alaskan Wilderness,

“Dallas Buyers Club” Director Jean-Marc Vallee showed the Feministic approach of the wilder nature when a girl on the loss of her mother and after getting a divorce dives headlong into a self-destructive behavior only to find her life back again.

The venturing out experience in the wild could have been much better, but the technique seems quite attractive with similar reasons to believe that can vouch for the Matthew McConaughy starrer, “Dallas Buyers Club”.

The story of “Into the wild” was much wilder and much closer to us because it was not something that someone should do, in his state of mind that he is in, rather than going for an outdoor swing to see the destiny that awaits him around in the corner.

The movie Wild in 2014 brings out the feministic approach she finally makes it all out alive out of the Pacific Crest Trail, one of the country’s longest and toughest through-trails. It may seem like a miracle, but it is not and the thing that sets this movie apart is that she had a terrible past and she has no experiences of being a trekker. Reese Wetherspoon is an achiever in all sorts and this is by far the most sorted out experienced acting that I have seen so far.

Whew! The techniques are really awesome and the quote of Robert Frost surely keeps us in parallel with the saying as it goes, “Miles to go before I sleep.” It’s not that late when people actually try to find out who they are and what they should do.They should just take some time out on their own to think, and to self judge as to what went wrong, only to find the answers to rectify the wrongs and settle it out before it’s too late. It’s never late to discover who you really are.