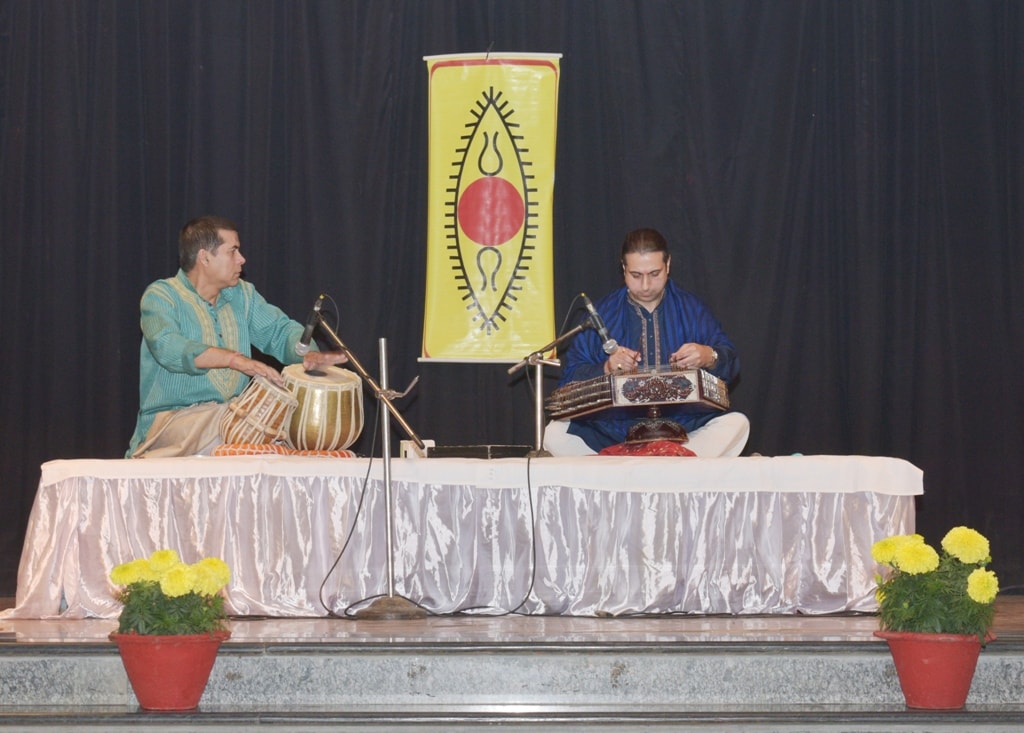 With the belief to groom a child to his utmost potential, both academically and culturally Delhi Public School, Ranchi in collaboration with Spic Macy organized a programme for the students of classes IV-VII, on 2nd February, 2018.
Abhay Rustum Sopori a renowned instrumentalist and composer was the performer of the day.  He is a player of santoor, an ancient stringed musical instrument native to Kashmir.  He was accompanied on the tabla by the famous tabla player Mithilesh Jha.

Popularly known for his energetic performances and rhythmic and melodic patterns Abhay Rustum Sopori  played Raag Patdeep, Aalap, Jod, Jhola, Tarana and various other compositions of santoor and tabla.
He had a mesmerizing effect on the students. He also interacted with the students.

Dr. Ram Singh, the Principal of the school extended a warm welcome to all the guest performers and said that such kind of programmes are meant to connect the young generation with the rich heritage of Indian Classical music which in turn helps to foster Indian values.

On the whole the programme was a huge success and the students were of the opinion that it was an experience of a life time.