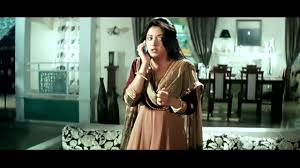 The Tanushree Dutta revelations got me thinking. The way Bollywood stars shy away from speaking about it reveals the disdain, every star has for any woman who dares to speak up.

Everybody knows that in India,many women cannot even speak.Those who dare to do so deserve attention.More so because they had the courage,without being shamed for it, without facing repercussions, without being boycotted by the so-called 'civilised' crowd.

Right now,'playing the victim card' is a new trending phase for anyone who wants to speak up. The first reaction is disbelief.Just because a woman said so, it can't be so.Which,in my view,is ironical as most people who are against feminism, are the first one to raise an uproar on the number of 'false' cases filed in our country.

Where are the false cases? For a false case to happen you need to first consider a woman's statement.
At least at the celebrity level, I don't see that happening.And the faces they make.Some of these big stars,when asked about anything related to sexual harassment, either keep mum or prefer to look the other way as they feat indicating that single word-going to cost them their jobs.Or some victims may admit in private that it's a topic not worth.

The smirk on their faces is something to be ashamed of.It shows the real face of misogyny in India.
A common problem that exists in India, is the 'its not my problem' phenomenon. And that pretty much exists in every industry.

In my college, I remember,I had discussions with few seniors men.Some of them were nasty.Some others were abusive.Most of them didn't did not even know the basic etiquette-how to behave with a woman.

I still remember the seniors who used to arrive drunk at night and shout filthy words in front of the girl's hostel.
The people who tied sanitary pads on the tree opposite the hostel ( I still don't understand how the uneducated idiots thought that's going to shame us).Also,there were caste fights and people used to be beaten up for no fault of theirs.

The fibre parties went on for years, segregating people into castes, with the support of teachers,and the seniors labelling it as 'parampara' to the extent that my nonmedico friends were astonished that such a thing exists in this era. Yet no one raised a voice against it. No one called it out saying this is wrong.

Worse,no one raised their voice when a girl was beaten up in the middle of the night, for having a boyfriend outside her caste.When a girl was treated badly by a guy, and called names which everyone knows what they are, it's she who had to hide her face everywhere and face pitiful glances, while the guy was hoisted on shoulders for being a stud.

No one calls out those teachers who misbehave with female students, I still remember an assistant professor chasing one of my friends all through 6 years and behaving in a totally inappropriate way.Yet no one told him 'Sir this is wrong- you are not supposed to behave like that'.

I still recall being caught in a lift with one of my professors and having to press all buttons in fear, because he kept a hand on my shoulder while talking to me.

For 10 whole years, we couldn't step inside the college canteen.Our college canteen was meant for us- girls.But nobody raised an objection when boys entered. Sadly,catcalls, cheap comments and uninvited stares followed.Still no one said a word against it.Not even the warden or the director.Everyone preferred to laugh it off, because its not their problem.

And that makes it really, really difficult for any girl to speak up. Because no one wants to disrupt their life, and their social circle, just because some girl decided to speak up, and sometimes this includes more women than men themselves. So yes, I have a problem when my friends talk to people who haven't treated me nicely.

I know its not their problem, and I know they are free to talk to anyone they want to, but sorry they can't have the best of everything, they can't be my friends or anything to me if they choose to involve people who have treated me badly. That sort of hypocrisy isn't allowed in my world, for the plain reason that if you indulge someone, who you know has been involved in something really wrong, you are normalising his/her behaviour.

I have seen that someone, to not call out on bad behaviour,
I have supported bad behaviour by being a silent spectator, and I know the kind of damage that does.
I have wanted to stay in everyone's good books, to please them, and in return, I have lost my integrity and ability to look at myself in the mirror.

When J K Rowling decided to employ Johnny Depp in her movie, saying that he should be given a chance, the message she actually sent out is 'Its ok' to be a wife beater, you can always say sorry and get work.

When Akshay Kumar ( whose wife spoke in favour of Tanushree Dutta), chooses to work with Nana Patekar, despite the behaviour he has been accused of displaying, no amount of tweets against sexual harassment are going to work.
Its your actions and the company you choose to be with, which decides your character.
This is not Ishq, which will have the grey wala shade.

These are serious charges of harassment, of abuse, of intimidation, which can cost someone's career, someone's life, someone's honour, someone's peace of mind, someone's right to be not discriminated against, someone to have as much equal rights than men.

That is why taking a stand is necessary.
If you don't want to take a stand that's fine too, but don't pretend to take a stand, or have an opinion if your actions can't speak for it.Don't be a hypocrite. That's worse than being a criminal.
And we cannot expect to have any movement, me too or otherwise, if we let the society take over our morals.
As long we don't have the courage to say,

No this isn't right.Goondagiri is not acceptable.In the face of fear, intimidation, shame, trolling, losing our social network, getting less job offers over our moral stand, whether it concerns you or not, whether anyone is with you or not, and be ready for all the repercussions that come with it,
We cannot expect change to happen.

Sorry to say, but this is a movement where you can choose to be a hypocrite, or let your actions speak for what your stand is.For those who keep saying, 'you know it's not that simple', well your conscience knows exactly what I mean.