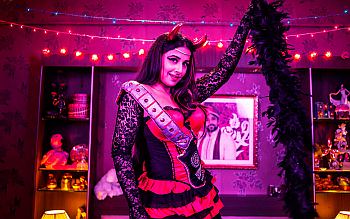 It has been slapped with a legal notice.A Nepal based resident claims that the script of Ghanchakkar was first written by him.Be that as it may,this movie slated be released on June 28 is a typical Bumbaiya film starring Vidya Balan and Emraan Hashmi.

The theme is that he, a suave, master safe cracker wants to retire from a career in crime and decides to team up with two dangerous criminals to commit one last heist.She comes in his way.