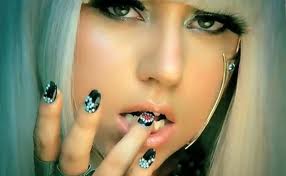 Show private assets to gain spotlight.This has been a theme strategy used by many stars of the Bollywood and Hollywood for long.

Dressed in underpants and trying to cover her lower assets with a towel while covering her above assets with coconut in Rio De Janeiro on November 7,when she was photographed two days before her show there.

Two days later on November 9,she performed at the Parque dos Atletas (City of Rock) in Rio De Janeiro and rocked the audience there.