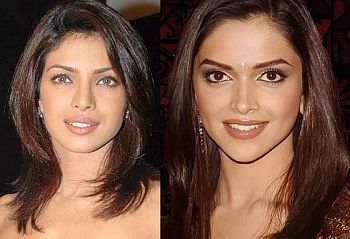 As the calendar is inching close to welcome 2013,a post mortem of 2012 shows that two Bollywood starlets Priyanka Chopra and Deepika Padukone managed to gain spotlight.Even the audiences lapped them up with the result that both have started bagging awards for the films.

Now,both can look forward and pray that the new year brings cheers in their career.