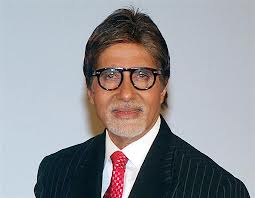 It is in such spirit of fun and excitement that we bring to you the 2013 predictions for your most favorite stars. The predictions are made by numerologist Brijeshsh Lallwaani . Do take it in stride and have fun!

Big B’s favourable time starts after 20/11/2013. This year won’t run very smoothly for him in terms of health. It is not preferred to take a huge assignment which will be physically and mentally stressful. 2013 does not look too bright in terms of career prospects too, though a couple of pleasant surprises may pop up.

If Akshay needs to come to par with the Khan, he needs to change his spelling. If not, he will continue giving hits all through his career though may not make it as big as the Khans. However, 2013 is a good year for him where he will deliver some remarkable movies, some even from his own production house.

Ranbir will need to put in extra efforts towards his movies this year and expect good results though the films may not turn out to be blockbusters. It is advised that he should not think about marriage

until 31/10/2013. He needs to drive all his energy towards his work. If he changes his spelling as per numerological suggestions, there could be a change for the better in his life.

She will prove herself well in the first half of 2013. In the second half, she will see bigger success. If she wishes, she can have wonderful romantic moments this year. Katrina is too cautious and questions everything about life. She needs to become more easygoing and trust God with things that are not under her control.

There are some people in this world you are born lucky. One of them is Priyanka Chopra. The year 2013 is no doubt going to be very successful for her. The only thing that she could faulter on would be the mistakes that she herself commits. Therefore the advice is to be a little cautious until 28/08/2013. To beat them all, she could alter her spelling a wee bit

2013 is going to be a great year for Deepika. She will prove to be an excellent actress. Her films are bound to do big business this year. She too could see a continous string of big successes if she would alter her spelling a bit. There is a probability of a sweet romantic relationship this year.

2013 is going to be an average year for Miss Sharma. She or her movies may not do really great. There could be some controversies that could rock her career a little. She should think twice before zeroing in on any movie this year. She could also resort to some numerological remedies to minimize the bad effects on her life this year.