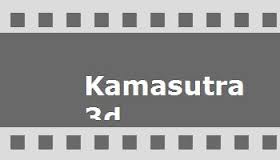 Its going to be a record of sorts in Bollywood where 50 nude dancers make a song with Sherlyn Chopra in the upcoming Rupesh Paul’s film -‘Kamsutra 3D’.

In a byline story of Kunal M Shah in Mid Day,it is revealed that Paul has selected Rajasthan for the shoot.But Shah says he is not ready to make public the exact location.

“Veteran choreographer Saroj Khan will be styling the signature moves in the dance number”,writes Shah in his story quoting the Directors as saying: “The song is based in the 14th century and we are all excited about it. Sarojji will be choreographing it first. Post that, we will get a music director to give music to the track. It will be quite unique.”

“Apparently the makers had a tough time to rope in the 50 dancers”,states the same story quoting Paul.”There is no agency who supply dancers. We had to visit various dance academies and convince each and every dancer.”

“The song will essay a sage demonstrating various Kamasutra positions. We have kept our location under wraps.”